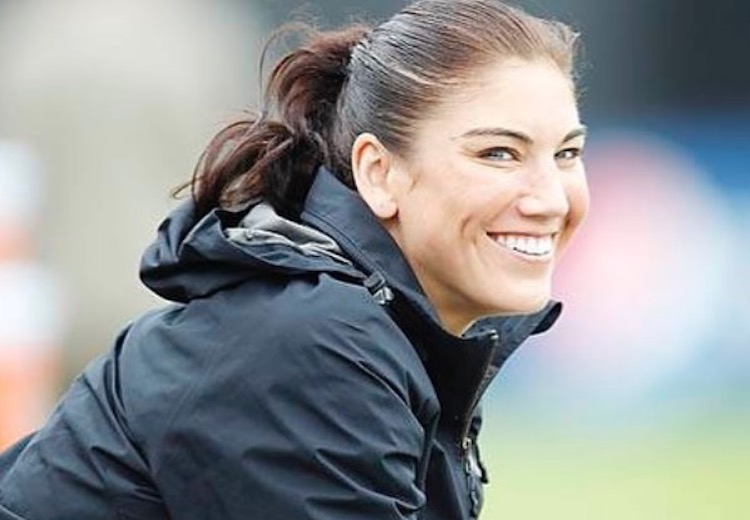 World Cup and Olympic Champion, Hope Solo can add the title of ‘mother’ to her list of accomplishments. The soccer star and her husband, former NFL player, Jerramy Stevens welcomed twins on March 4.

In a post on Instagram, Solo announced the birth of her two children, daughter Lozen and son Vittorio.

The new mom of two shared the first images of the twins with her fans along with their full names: Vittorio Genghis Stevens and Lozen Orianna Judith Stevens.

Solo, 38, and Stevens, 40, announced the pregnancy in December.

“Yes, my husband and I get to practice equality from the very beginning with one boy and one girl,” she joked while hosting the beIN SPORTS Weekend Winners show.

Solo made the announcement on Weekend Winners with plenty of jokes.

Two-time World Champion @hopesolo makes a special announcement on Weekend Winners. We join her in this ‘magisterial’ phase of her life. pic.twitter.com/jEDS4FHxuS

The announcement came after the professional athlete suffered a devastating miscarriage that almost took her life in February of 2018. Solo and Stevens had been trying to get pregnant for a while when she miscarried.

A week after the miscarriage, she felt a lot of pain so she went to the doctor. There, she learned that she’d actually been pregnant with twins.

“The doctor said I was hours from dying. They ended up having to remove my fallopian tube,” she explained to Elle.

After suffering the loss and recovering, Solo began IVF.

Solo decided to start the process of in vitro fertilization (IVF) and try again. She said she remained strong throughout the entire process.

“We see life and death very often,” Solo told People, referring to having to put animals down on her Greensboro, North Carolina, home when they get hurt, or her past experience of dealing with wildfires and coyotes.

“So much of what we do can be catastrophic if we make mistakes. It’s not for the faint of heart.”

We’re thrilled for this couple and their growing family. One things almost certain, these two kids are going to be incredibly talented athletes if they decide to follow in their parents’ footsteps. Congrats Hope Solo and Jerramy Stevens!