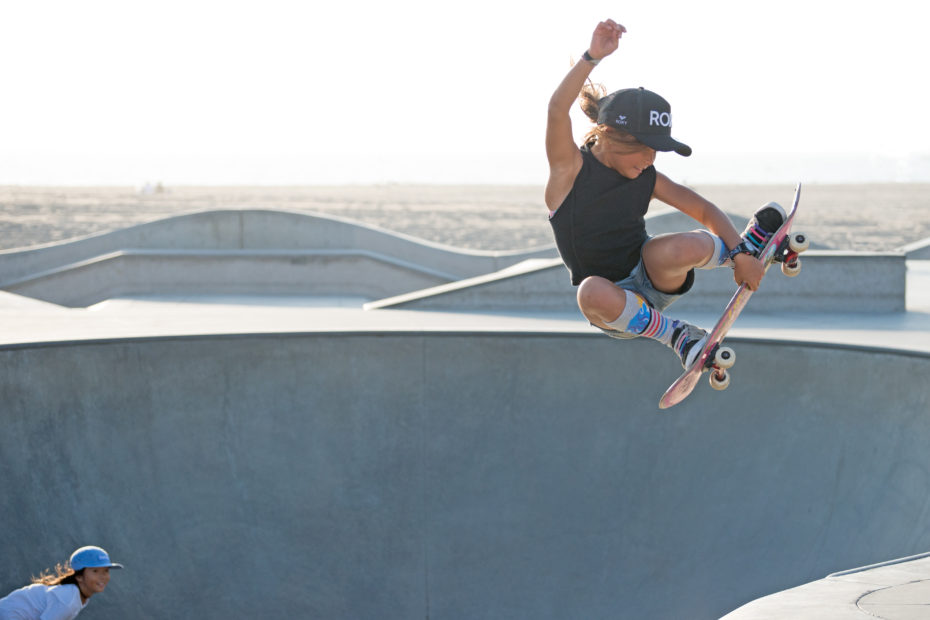 In this listicle, we’ll take a look at some of the most talented female athletes who are fresh on the professional sports scene that we predict will be making a big impact in the future. Read on to find out about the hottest female athletes that you should be putting your money on in advance and why. Many faces may be familiar, but some are just emerging into the spotlight.

Katie Grimes, age 15, recently competed in the 2020 Tokyo Olympic Games and won 4th overall in the women’s 800m freestyle. She was the youngest athlete on Team USA that year, and Katie Ledecky even called her the “future” of long-distance swimming. She is definitely one of the hottest new athletes on the scene, and will definitely be one to watch in future swimming events and Olympic competitions.

Tamyra Mensah-Stock was born in 1992, and she is a women’s freestyle wrestling top competitor as of late. She won the gold medal at the most recent Olympics in Tokyo, making her the first black woman to achieve this.

Fans everywhere fell in love with her positive personality and love for the USA, along with her sheer skill and love for wrestling.

Teaira McCowan, a 6’7” center for the Indiana Fever. She attended Mississippi State for college, and Brenham High School, where she was already drawing national attention. Her skills sharpened tremendously in college, leading to a third pick draft into the WNBA. She now has the two highest marks in Fever history for rebounds. She also made the All-Rookie team her first year in the league.

Zhansaya Abdumalik is a Kazakhstani chess player born in 2000. She is the first Kazak woman and 39th woman ever to earn the Grandmaster title. She and her parents own a chess teaching operation with over 700 enrolled students, and Abdumalik also attends school for computer programming. It is likely she will still rise in the rankings and is definitely one of the newest female competitors that we should be keeping an eye on.

Though Naomi Osaka should be a familiar name to most sports fans, she is still a very young athlete in tennis and one of the newest to take control of the sport. She is likely just getting started and will be a household name, such as Serena Williams, whom Osaka beat to claim the world number 1 title. Born in 1997, she has a long career ahead of her if she can keep up her skills and work ethic.

Rose Lavelle, who was born in 1995, is a midfielder in the NWSL. In the latest Olympic Games in Tokyo, Lavelle claimed bronze with her team and managed to score one goal for herself. Though she isn’t exactly a new player, her talent is definitely rising, and we are likely to see a lot more of her in years to come, especially considering many of her teammates are in their 30s.

A’ja Wilson, a 25-year-old basketball player for the Shaanxi Red Wolves, may be young, but she has already earned herself a statue in Columbia, South Carolina at her home university of Mississippi and was named on Forbes’ 2021 30 Under 30 list.

Not only is she a skilled basketball player, but she is an entrepreneur and activist for issues such as bullying and dyslexia. She is definitely one of the names on this list that is likely to make a lasting name for themselves.

Dalilah Muhammad is a runner from the USA whose most successful race is the 400-meter hurdle. She won a silver medal in the most recent Olympics and set a record with a time of 52.16 seconds at the 2019 World Championship, where she won gold. She is likely to return to the next Olympic Games for another shot at gold, despite her age of 31.

Sky Brown, a 13-year-old skateboarder, earned bronze in the Olympics in Tokyo and is even regarded by Tony Hawk as an important asset to the future of skateboarding. We’re excited to see where her career takes her, and we’re excited to see a young woman take the reins in a male-dominated sport. We’ll be watching for her in the X-Games and the next Olympic competitions.

Kate Courtney, a 26-year-old cyclist, graduated from Stanford University in 2017, followed by a delve into a professional mountain biking career. Having already claimed many titles in the Mountain Biking World Championships, we look forward to seeing what else she can accomplish as she enters the biological peak of her career.

Mikaela Mayer, super featherweight and lightweight fighter for the USA is 16-0 and 5 KO. She has held the WBO female titles since 2020 and the IBF female title since November 2021.

Sydney McLaughlin is a 22-year-old runner who specializes in sprints and hurdles. At the most recent Olympics, she broke a world record for the women’s 400-meter hurdles. She is the first woman to ever finish the race in less than 52 seconds. Not even having reached her biological prime, there is still a lot left for McLaughlin to achieve.

Torri Huske, a United States swimmer, won a silver medal in the 4×100 meter medley relay, swimming the butterfly. She is only 18 years old and currently swims for Stanford University.

Having competed in the first softball game in the Olympics since it was removed from the game lineup after Beijing, Rachel Garcia (a softball pitcher) is one of the top softball players to watch when the American professional softball team returns to the international professional league (NPF – National Pro Fastpitch) after time off in 2021. She is just 24 years old, while most professional players are in their late 20s to late 30s.

Nevin Harrison is a 19-year-old sprint canoeist who raced in the 2020 Summer Olympics. She is also the first American to win a world championship spring canoe race at the 2019 ICF Canoe Sprint World Championships.

Sabrina Ionescu is a professional basketball player for the New York Liberty in the WNBA – one of the youngest in the league, and definitely the youngest that performs at the level that she does. A first-round pick in 2020 after a successful college career in Oregon (NCAA all-time leader in career triple-doubles), Sabrina Ionescu has a long career ahead of her if she can avoid leg injuries (something that, unfortunately, plagues basketball players of both genders but particularly women) and performance degradation.

As of 2021, she recorded her first triple-double in May, making her the youngest player in WNBA history to do so. Sue Bird, look out! It looks like there could be another legendary point guard in the making.

Suni Lee stepped up in the Olympics when Simone Biles found herself unable to perform. With an ultimate underdog move, Suni Lee ended the contest with three medals. This led to a spot on Dancing with the Stars and has gained mainstream popularity.

It is almost guaranteed that we will be seeing her at the next Olympics, as well as standard gymnastics competitions both national and international. Lee is also the first Hmong American to earn gold – an amazing feat for a woman of culture who would traditionally keep her at home.

Recently, Suni Lee spoke out about falling victim to a racist confrontation. Though it ended with no injuries, it’s a sore reminder of the small-mindedness that still lingers in the US today, affecting even Olympians.

Though Jennifer Co Cobb is 48 years old, she is fresh on the NASCAR scene as a car driver. Though her past talents lie with truck racing and she has found amazing success as an owner and driver, it seems that she is interested in racing cars now.

In April of 2021, she announced that she would be making an appearance in the NASCAR Cup Series in Talladega. However, she was forced to step down, likely because NASCAR would not allow this race to be her first of its kind. But, we can expect to see her dip her toe into the race car world soon.

Hinako Shibuno is a 23-year-old Japanese professional golfer who has proven her abilities to be top tier on more than one occasion. She claimed 4th place in the U.S. Women’s Open and won the Women’s British Open in 2019. Often called “Smiling Cinderella” by both her fans and competitors, Shibuno earned this nickname for her warm personality and winning smile, especially upon victory.

These women are the best of the best and we can’t get enough of it!