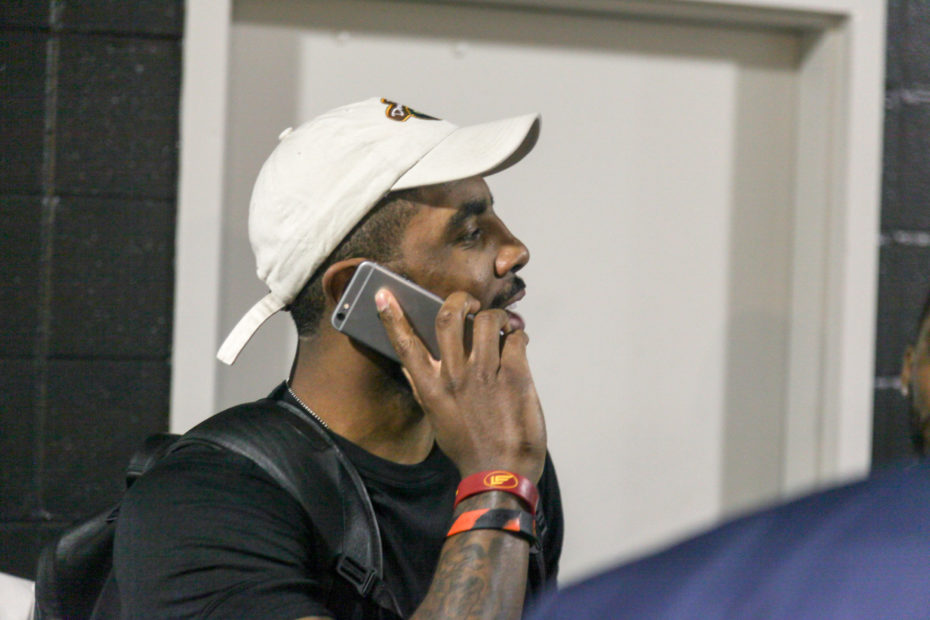 How Kyrie Irving Cost His Team a Staggering $50K

New York Nets player Kyrie Irving cost his team an astonishing $50,000 after he entered the Nets’ locker room on Sunday.

Although the NBA was able to successfully evade a vaccination mandate for COVID-19, the organization has little jurisdiction over state and county laws. In the city of New York, a workplace mandate prevented the basketball player from assisting his team in their 110-107 win against the Brooklyn Knicks.

Due to his vaccination status, Irving is unable to currently play home-town games, effectively making him unable to play 10 of the 14 games the Nets have left in the season. However, the 29-year-old athlete was still able to attend the games and cheer for his team. Purchasing a courtside seat, Irving made himself a prevalent figure on the court despite not actually playing. Yet, when the player made the decision to enter the locker room, this proved to have disastrous consequences for his team.

“The Brooklyn Nets organization has been fined $50,000 for violating local New York City law and league health and safety protocols during the team’s March 13th game against the New York Knicks at Barclays Center,” the NBA announced in a statement.

The organization went on to offer, “The violation occurred when the Nets permitted Kyrie Irving, who was in attendance at the game, to enter the team’s locker room.”

Following the announcement, many individuals involved in NBA circles have expressed confusion and disdain for this decision. More specifically, people have pointed out that it is abnormal for the city of New York to allow individuals to enter buildings regardless of vaccination status, but not allow athletes to play hometown games if they are not vaccinated.

Since Irving was able to sit without a mask on the side of the court, it feels abnormal for the team to be fined for him entering a locker room.

“The nonsensical ordinance that singles out our own New York City players is fundamentally unfair,” NBPA executive director Tamika Tremaglio wrote in a statement. “Under this current rule, out-of-town athletes can come into the city and not be vaccinated, and fans can enter both the Barclays Center and MSG regardless of vaccination status. Yet New York City athletes have to be vaccinated to compete in their home arenas.”