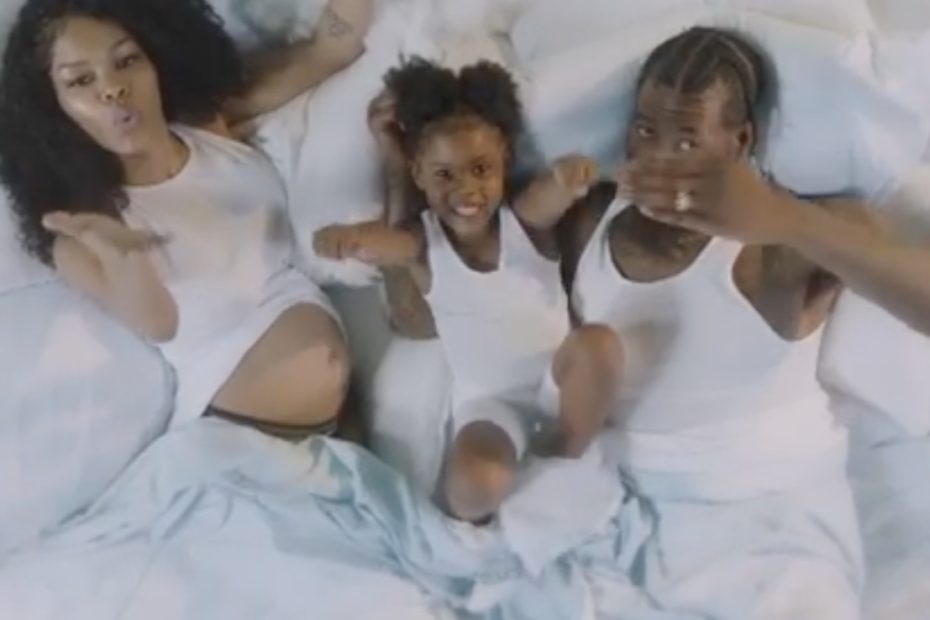 Iman Shumpert is getting really good at delivering his babies and 2020 is looking a lot like 2015 for the Cavaliers forward and his wife, singer and dancer Teyana Taylor.

As At The Buzzer previously reported, in 2015, when the couple was expecting their first daughter, Taylor went into labor early and at their home. As a result, Shumpert actually delivered their daughter himself with the help of a 911 operator.

And if you think that’s pretty amazing, just wait until you hear their second daughter’s birth story. In June, Taylor and Shumpert revealed they were expecting a second child together during the music video for her newest single, Wake Up Love.

“At 3:28 a.m. on September 6th, 2020, Rue Rose decided that the baby shower thrown for her and mommy was too lit. She didn’t make the party but she managed to make the next day her birthdate!!!” Shumpert began his statement.

As Shumpert continued, he went on to admit that he never, ever, thought he would birth both of his daughters without any assistance in the comfort of their own bathroom.

“Now…when we buy homes, we always find a bathroom with great energy… but not in a million years would you be able to tell me we’d deliver both of our daughters in a bathroom without the assistance of a hospital! Our newest edition entered the world in the water and came out looking around and ready to explore! A healthy child. A little sister. Another daughter. Black love wins….again. Welcome babygirl…we love you!”

Taylor shared the same statement on her own Instagram page, along with a few more videos of their newest little one, who joins their 5-year-old daughter, Junie, to make them a happy family of four. Congratulations!