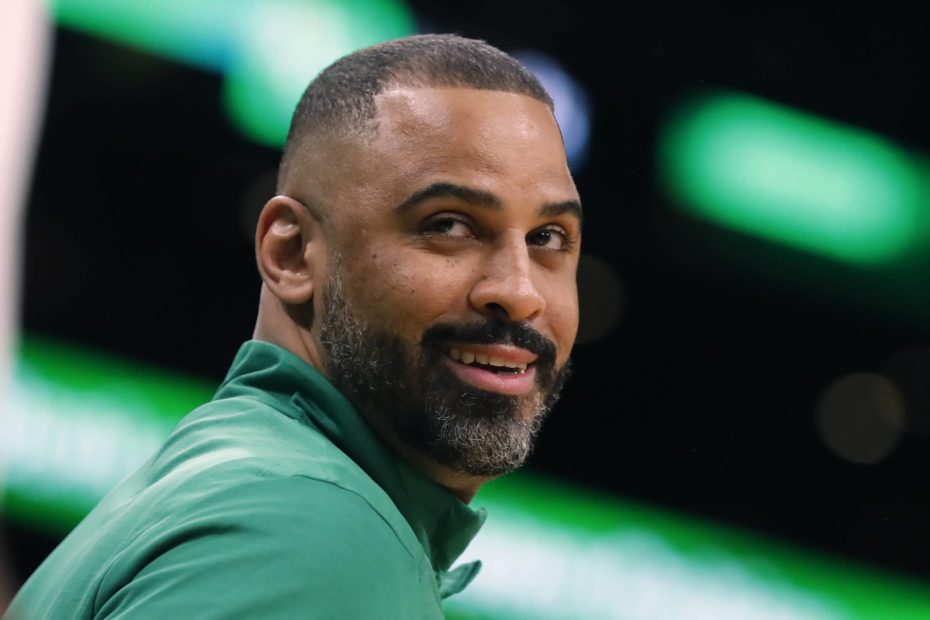 Boston Celtics head coach Ime Udoka has been suspended for the entirety of the 2022-2023 NBA season following his violation of team policies.

Over the last few weeks, Udoka’s name has been present in media headlines after he engaged in an “intimate relationship” with a female employee, despite being engaged to his longtime fiancée Nia Long.

Although the head coach’s relationship with his female staff member was described as consensual, he reportedly began making “unwanted commentary” towards her, to which she wanted to involve the rest of the organization. Upon investigation, Celtics owner Wyc Grousbeck suspended the 45-year-old effective immediately.

“I am concerned about the situation and its impact on everybody in the Celtics’ organization,” Grousbeck said in a press conference. “I do hope this represents the beginning of a new chapter, and a chance to turn the page and move forward with things, to some extent, resolved.”

“We’re not going to get into our deliberations,” the franchise owner added. “This felt right, but there’s no clear guidelines for any of this. It’s conscience and gut feeling…We collectively came to this and got there but it was not clear what to do but it was clear something substantial needed to be done, and it was.”

Following Udoka’s suspension, he issued an apologetic statement for his actions. “I want to apologize to our players, fans, the entire Celtics organization, and my family for letting them down,” the coach wrote. “I am sorry for putting the team in this difficult situation and I accept the team’s decision. Out of respect for everyone involved, I will have no further comment.”

In a statement issued through PEOPLE magazine, Long requested her privacy during this difficult time. “The outpouring of love and support from family, friends, and the community during this difficult time means so much to me,” she said. “I ask that my privacy be respected as I process the recent events. Above all, I am a mother and will continue to focus on my children.”