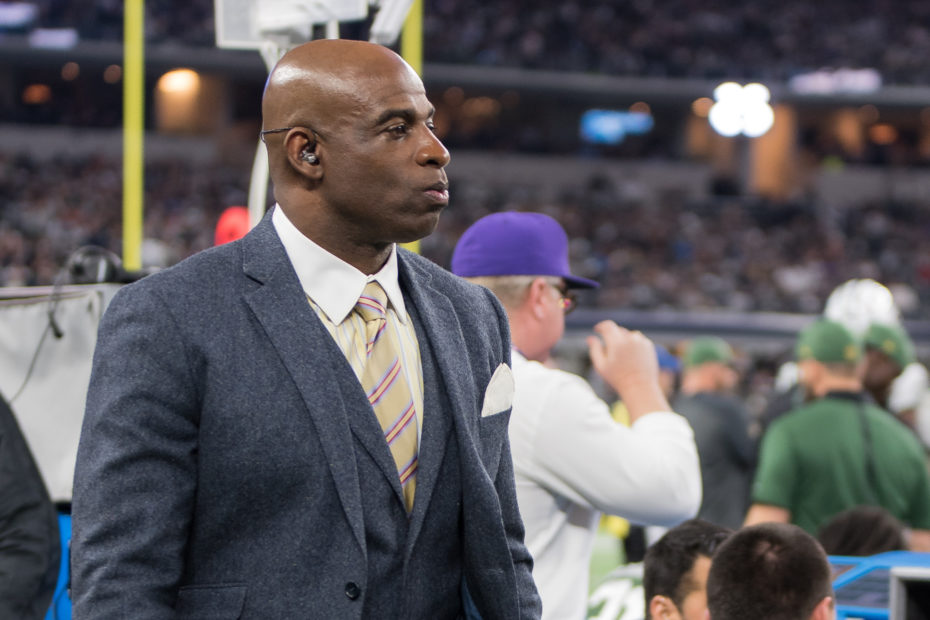 Is Hall of Fame Legend Deion Sanders, 55, Headed to the Colorado Buffaloes?

On Monday, former NFL player Deion Sanders disclosed that the University of Colorado offered him a position as head coach for their football team.

Over the weekend, Fox Sports began speculating that the Jackson State football coach offered him its head coaching position. And, the retired NFL legend confirmed on Monday during the Southwestern Athletic Conference that the rumors are true: he has been offered a coaching position.

“The report is true and they’re not the only ones,” Sanders shared during the teleconference. “I would be a liar if I told you they didn’t. You know they did. I know they did. So it is what it is.”

Despite not disclosing what other notable schools have reached out for his football expertise, added the sentiments, “I’m not going to sit here and tell all my business, but they’re not the only ones.”

Given his evident talents in the coaching department, Sanders has guided his team, who play in the second tier of NCAA Division I football, to an 11-0 mark this season. Since Colorado has been actively searching to replace Karl Dorrell since October, it is no surprise that they would want the retired Hall of Famer on their team. However, Sanders is not looking to accept the offer and is refusing to let the option waver him.

“To someone else that hasn’t been that dude, it’s intoxicating. I’ve been ‘Prime’ for a long time, dawg,” he began with a laugh. “Attention ain’t nothing new to me. Like, come on. I’m not being braggadocious — that’s a wonderful word, isn’t it? I just came up with that — but this isn’t new to me. Being in the spotlight isn’t new to me.”

Sanders began his journey with coaching when he guided his son’s Texas-based high school team. He was eventually brought on by Jackson State University in 2020, to which he called the job a “match made in heaven.” Following this addition to the team, he led the Tigers to Mississippi’s capital to SWAC champion in only one year.

Although the school is not as widely known as a place like Colorado, the 55-year-old is passionate about aiding his team. He even admitted that Jackson State is not offered the same resources as other schools, which is an imbalance he seeks to change.

“It’s not truly a balanced option because of facilities, because of the housing. Because of all the aesthetics at HBCUs,” he said, speaking of top recruiting schools. “We’re underfunded and overlooked.”