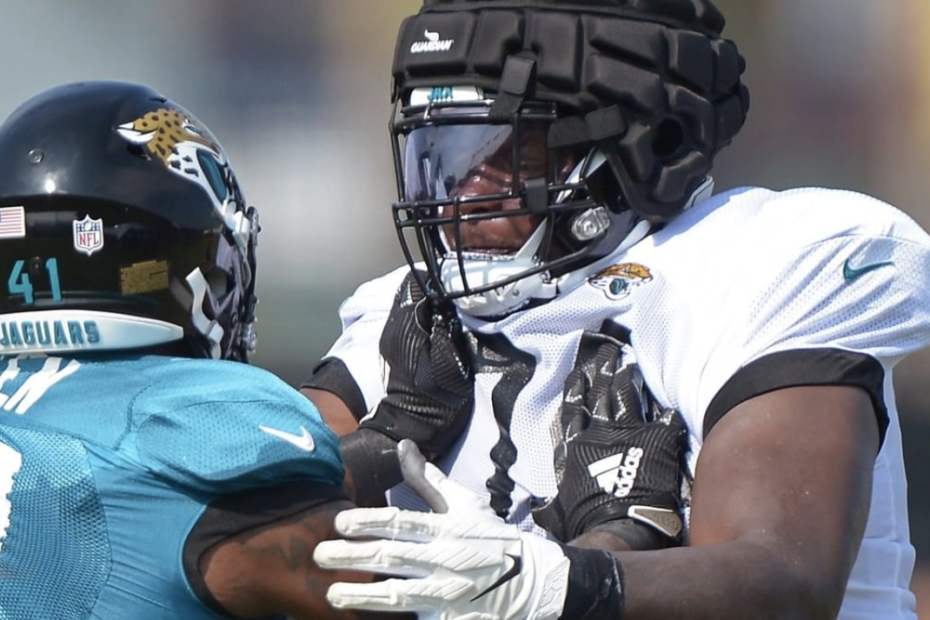 During this NFL offseason, many players have decided to take a break from the game, and either skip out on the 2020 season, or just straight up retire. Most NFL teams have two or three big players that will not be with them this season, but the Jacksonville Jaguars defensive line has been destroyed by players who have either gotten injured, are sitting out this season, or have decided to retire.

Just this week, two more Jaguars linemen announced their retirements, bringing their total of inactive defensive linemen up to 6. For context, there are only 3-4 defensive linemen on the field at a time. As for the reasons why? It’s a total mix. Al Woods and Lerentee McCray opted out due to COVID-19 concerns, Davontius Russel and Brian Price are off the roster due to injuries, and as of recently, Aaron Lynch and Rodney Gunter just retired.

Lynch, 27, retired for “personal reasons” which he did not disclose to the press. He retired before playing a single game with the Jaguars, who he signed with in March. He had formerly played for the San Francisco 49ers and the Chicago bears.

While it is not clear why exactly Lynch retired, fellow linebacker Rodney Gunter was forced to give up his role on the team due to a heart condition that had been plaguing him this offseason. The lineman’s aorta (an artery in the heart) had been expanding at an alarming rate. If it were to continue expanding, it would rupture, which is almost always fatal. Doctors told Gunter that the only way to stop its expansion was to stop playing football.

RELATED: The Top 10 Tight Ends in the NFL

Obviously this news was unfortunate for Gunter, who’s life dream was to play football. In his official statement, Gunter wrote that: “These last three weeks have been a hard pill to swallow. Seeing my dreams vanish right in front of me has been extremely difficult.”

Jaguars coach Doug Marrone felt bad for Gunter, who had been working hard all offseason, and he offered him a job with the team, should he want it.

In addition to these 6 players that the Jaguars will be missing from their defensive line, defensive end Yannick Ngakoue still has not signed a contract with the team. Ngakoue had originally agreed to sign a non-exclusive franchise tag tender with the team, which is essentially an expensive 1 year deal, but apparently he was unhappy with the Jaguars offer, and is looking to move on to a different team.

Despite all this, coach Marrone claims he has everything under control: “I wouldn’t say we’re scrambling [to find defensive linemen] “It’s a matter of, hey, listen, some of these young guys that we have have to step up and we’ve got to get them ready to go.”