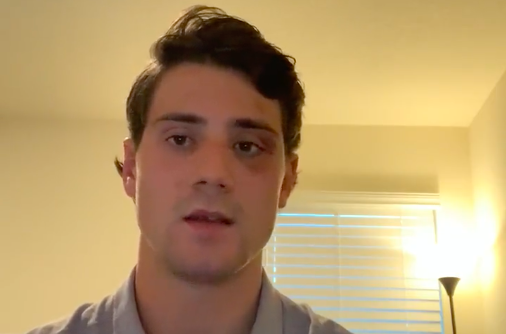 Jacksonville Icemen player, Jacob Panetta, has been suspended for the remainder of ECHL’s 2022 season after he was caught on Saturday making racially insensitive gestures towards South Carolina Stingrays defenseman Jordan Subban.

“As soon as I began to turn my back, he started making monkey gestures at me, so I punched him in the face multiple times and he turtled like the coward he is,” Subban tweeted, recalling the incident involving his opponent.

In addition, Subban’s brother P.K., a defenseman for the New Jersey Devils, publically called out Panetta via social media. In a now-viral video, Jordan shared a clip of the 26-year-old making monkey gestures and attached a detailed criticism.

“They don’t call the east coast league the jungle because my brother and the other black players are the monkeys,” P.K. wrote. “Hey @jacobpanetta, you shouldn’t be so quick [to] delete your Twitter or your Instagram account you will probably be able to play again… that’s what history says.”

However, the Icemen player has adamantly denied any racial motivation. In an explanation video, Panetta reasoned that he was attempting to make “a tough guy, bodybuilder gesture” and relayed that there is other footage of him making the same gesture at other members of the crowd.

Panetta has also issued a public apology to Subban and his family on Instagram.

Despite this, ECHL Commissioner Ryan Crelin does not believe that intent matters. “Insensitive actions and gestures, regardless of intent, cannot be tolerated in our game,” Crelin said in a statement, according to ESPN.

He added the sentiments, “We all need to learn and grow from this incident and remain steadfast to further educating and advancing our commitment to diversity, equity, and inclusion throughout our league.”

In addition, the Icemen have come forward with a statement in regards to the incident. “This has come up once again, and there is no room for racism of any kind in our game,” the team commented. “This unfortunate incident is an opportunity for us to make a difference in our sport. We see this as an opportunity to listen and learn and use our platform to inform and educate

They continued and expressed, “Not just for our players and our fans, but our sport and our community. We must do more if we’re looking to grow our sport and engage minorities.”

Panetta can request a reduction of his 38-game suspension anytime after March 17th, “pending successful completion of a learning experience conducted in conjunction with the National Hockey League’s Player Inclusion Committee.”