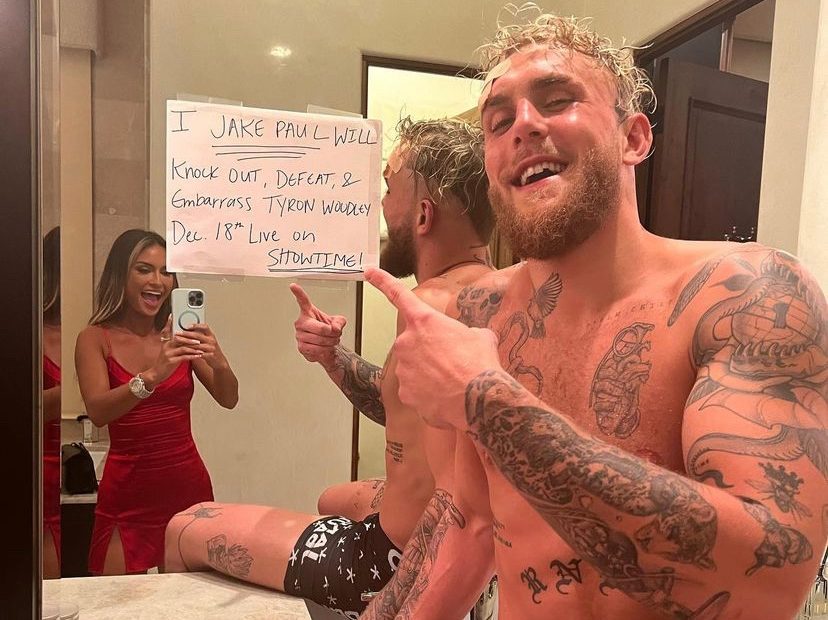 Once a children’s YouTuber, 24-year-old Jake Paul now spends his time in the world of professional boxing. His most recent endeavor was on Saturday when he defeated former five-time UFC welterweight champion, Tyron Woodley.

The match occurred at the Amalie Arena in Tampa, Florida and by the sixth round, the YouTuber had knocked Woodley out cold. Following the match, Paul celebrated on Twitter when he shared the sentiments, “I’ve KO’d everyone I’ve fought.”

The history of Jake Paul and Tyron Woodley

This event has been many months in the making. It first made headlines in October, when Paul announced that he would be squaring off against undefeated boxer Tommy Fury. However, Fury decided to pull out of the match and cited medical issues as the culprit. After the undefeated athlete pulled out, Woodley decided to step up to the plate.

“When my team woke me up on Friday to tell me Tommy Fumbles [Fury] was pulling out, I told them I’ll fight anyone on December 18th,” Paul wrote on Instagram when he found out his initial opponent would not be in the ring with him on Saturday. “Troy, Trey, Trevor, Travis,… I don’t give a f— who it is. Tommy’s pulling out because of a ‘medical condition’ called vaginitis.”

RELATED: Devonte Graham Shoots an ASTONISHING Game-Winning Basket With Less Than 2 Seconds on the Clock

The former Disney channel star included, “Unlike the Fury’s, Tyron actually has some balls, is stepping in, and contractually he is getting an extra $500,000 if he knocks me out.”

“First time I outboxed him,” he continued. “This time I’m gonna punish him and leave no doubt.”

In the days leading up to the fight, Paul did not hold back on the smack talk against Woodley. Posting to video to Instagram, the 24-year-old shared the sentiments, “It’s gonna be a buck … You already lost once.” The caption also read, “TIME TO BUCK. TOMORROW.”

Yet, Woodley seemed confident in his own abilities to defeat Paul. In a similar fashion, the 39-year-old mixed martial artist posted a video to Instagram in which he shared the commentary, “OFFICIAL WEIGN [sic] INS. IT’S GOING F— DOWN… He’s going NIGHT NIGHT.”

What is perhaps the most shocking aspect of this event is that Woodley has a tattoo on his middle finger that reads, “I Love Jake Paul.”

When the two made a bet that if Woodley failed to redeem himself after their first match in August, the 39-year-old would be forced to get a tattoo dedicated to the 24-year-old. “I love you son. Now come and get this ass whippin’ cause I heard you been talking back to your elders,” the elder boxer wrote on Instagram.