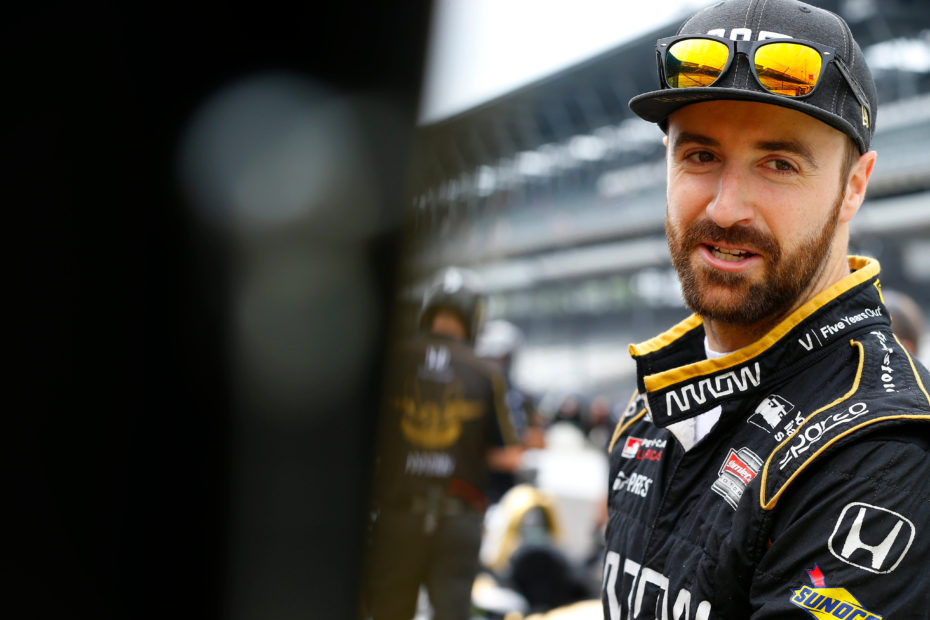 James Hinchcliffe, 35, Learned Unforgettable Skills During His Time on ‘Dancing with the Stars’

Professional racecar driver James Hinchcliffe stepped away from competition roughly a year ago, but it didn’t take long for him to take on a new job in broadcasting.

As his time behind the wheel came to an end, transitioning to sports commentary undeniably had a different set of challenges. Despite a significant shift, the 35-year-old racer shared that the transition wasn’t that difficult because of his secret weapon: the time he spent performing on Dancing with the Stars.

Sitting down with media outlet PEOPLE, Hinchcliffe detailed his experience. “I’m not driving anymore, but calling all the Indy car races, calling all the sports car races in between,” he said. “I think one of the things that attracted me to it in the first place was, there’s something about the rush of live TV. They do that countdown, the light goes on, and you’re on.”

The Canadain-born racer made his appearance on the 23rd season of Dancing with the Stars alongside his partner Sharna Burgees. The two progressed so much in the competition that they ended up coming in second place and Hinchcliffe cites this experience on live TV as being helpful in adjusting to his job as a broadcaster.

Explaining the process of memorizing steps, he compares and contrasts his job on NBC Sports to learning the dances for DWTS.

“It’s not just about doing the steps and going through the motions. There’s an entire performance element to it,” he stated. “You’re not just talking about the race, you’re almost … making people understand how dramatic it is and how cool it is, what these drivers are doing out there.”

However, despite the preparation he has had, the sports commentator still finds new challenges on the job.

RELATED: Matthew Stafford and Cooper Kupp Learn What It’s Like to Be the Fans in the Stands During Wives’ Hilarious Basketball Game

Hinchcliffe stated that he is still learning and going through the motions of his big transition. “There’s a few more elements that are kind of new and different to me still that we’ll be doing for the first time. I don’t know what ritual to have yet or what warmups to do,” he explained.

The race car driver went on to admit the pre-show ritual he was used to partaking in was “Tequilla” and accepts that he will be putting that tradition to rest for his new line of work. “I don’t think that’s going to be a good idea for this one,” he joked.