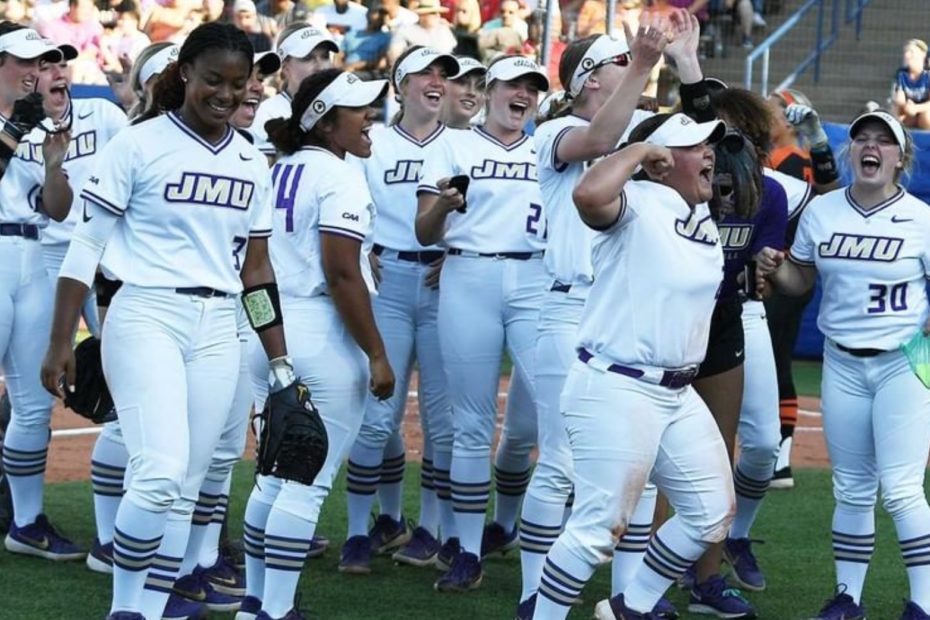 James Madison University. As a casual fan, you may have heard them from its strong football team in the FCS or from March Madness with its men’s college hoops team making the tourney at times.

First of all, the team, which is “unseeded”, as NCAA.com notes, in the NCAA Softball Women’s College World Series, stepped up to the plate against top-ranked Oklahoma. To put into perspective how good this Oklahoma team is, they were voted unanimously to be first-ranked in the USA Today/NFCA Coaches poll (per NCAA.com. That’s all 32 votes going towards the Sooners.

They were the huge favorites.

Then came the James Madison Dukes.

“The Dukes won their first-ever WCWS game, 4-3, in extra innings over No. 1 seed Oklahoma” per NCAA.com.

RELATED: Husband and Wife Baseball Players Hit Homeruns Off Each Other in Loving Battle

“James Madison just pulled off one of the greatest upsets in WCWS history in Game 1 over No. 1 Oklahoma behind another dominant Odicci Alexander performance. Sara Jubas and Kate Gordon came up big with home runs when it mattered most and they took down the top dogs. This team showed no fear, playing on this stage for the first time in program history. Their journey continues today against the Cowgirls, who took down Georgia behind another dominant pitcher, Carrie Eberle. Eberle was able to induce 14 ground balls and her defense behind her turned two double plays against the Dawgs.”

As CBS Sports’ Gabriel Fernandez reports “(l)eading the Cinderella story was pitcher Odicci Alexander, who racked up eight strikeouts against Oklahoma — a team that had only struck out 12 times total in this tournament. Defensively, JMU also held a team averaging 12 runs a game to just 3.”

And then were the Oklahoma State Cowgirls in the quarterfinals.

Yup, the Dukes. Two to one (per JMU Softball’s tweet).

“James Madison just became the first team in history to go 2-0 in the Women’s College World Series,” NCAA.com notes. “OSU had us all on the edge of our seats in the top of the seventh, but Odicci Alexander did it again. She not only dominated in the circle but made a DIVING play to tag out the tying run at home. She is absolutely unreal.”

NCAA.com rightly notes: “This JMU team is not a Cinderella. They are the real deal and are now headed to the semifinals of the WCWS.”

Granted, both Oklahoma teams were in the top 10 of ranked softball teams.

But, this Dukes team lost only one game this season. That’s right, one loss! Per NCAA.com in the USA Today/NFCA Coaches Poll, James Madison’s record consists of 34-1.

The argument against them being unseeded would probably be strength of schedule and what not with the ‘powerhouse’ schools usually having better teams. Well, look at James Madison now! They showed up everyone. They let their game speak. Strength of schedule didn’t matter. When the teams lined up, when they stepped up to the plate, when they stepped up to the mound, they showed the softball world who was better.

And that was, James Madison.