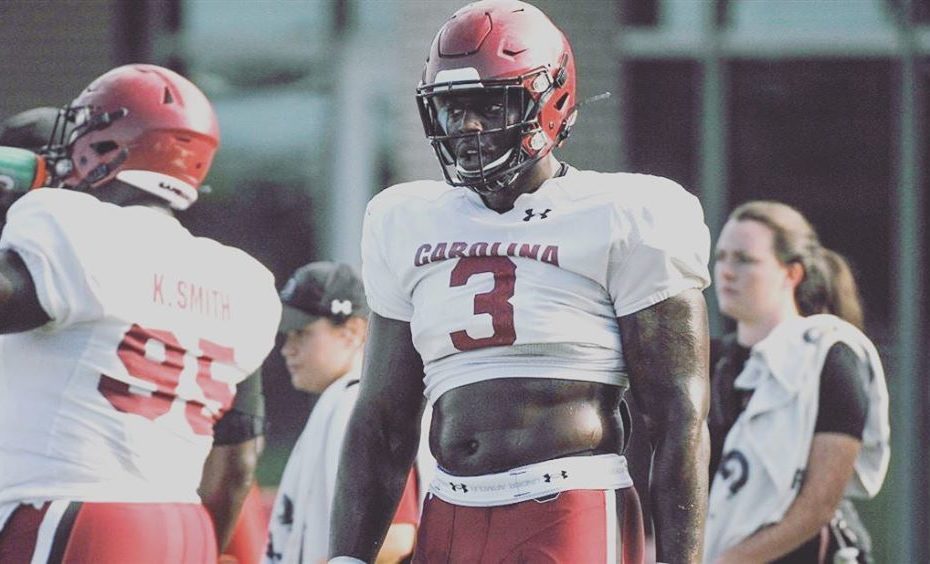 Football is a grueling sport where only the best can succeed at the highest stage, the NFL. Everybody who has ever made the NFL knows the struggle one must go through, but few know pain like Javon Kinlaw.

Javon Kinlaw grew up in an apartment in the Washington D.C. area where he lived with his mom and older brother, Shaquille. After the landlord sold the apartment, Javon and his family were forced to move. By the time he was 9, Javon was living in a caved in house without running water or electricity.

Javon said “We had gas, a gas stove… We would light the stove with a little match or something, get a tall pot, boil the water, mix it with some cold water, put it in a bucket, take it upstairs, take a shower like that.”

Javon got into a lot of trouble in D.C., so he moved out to South Carolina where he lived with his father.

Even though Javon had moved to avoid trouble, he found himself yet again in very bad conditions. His father was abusive and an alcoholic. Javon was bullied by older kids at school for his large size (280 pounds) and his poor economic status. People told Javon “‘You ain’t gonna do nothing. You might be in jail. You probably gonna be dead, you’re not going to graduate college.’”

To distract Javon from his school and home life, Javon played football. Yet even though he had the size of a football player, he didn’t have value to his high school coach, Chuck Reedy.

Despite his skill level, Javon was offered a college scholarship at the University of South Carolina after one year at Jones County Junior College.

At the University of South Carolina, Javon showed up out of shape, weighing over 345 pounds. He realized he needed to make a change to save his spot on the team, after getting knocked around by offensive linemen.

In Javon’s senior year he had 35 tackles and 6 sacks, outstanding numbers for a defensive tackle.

Now, Javon Kinlaw has a 1-year-old daughter, Edna Amara, and plans on building a family and a homeless shelter with the money he makes from the NFL. Javon is projected to go in the first 20 picks of the 2020 NFL draft.