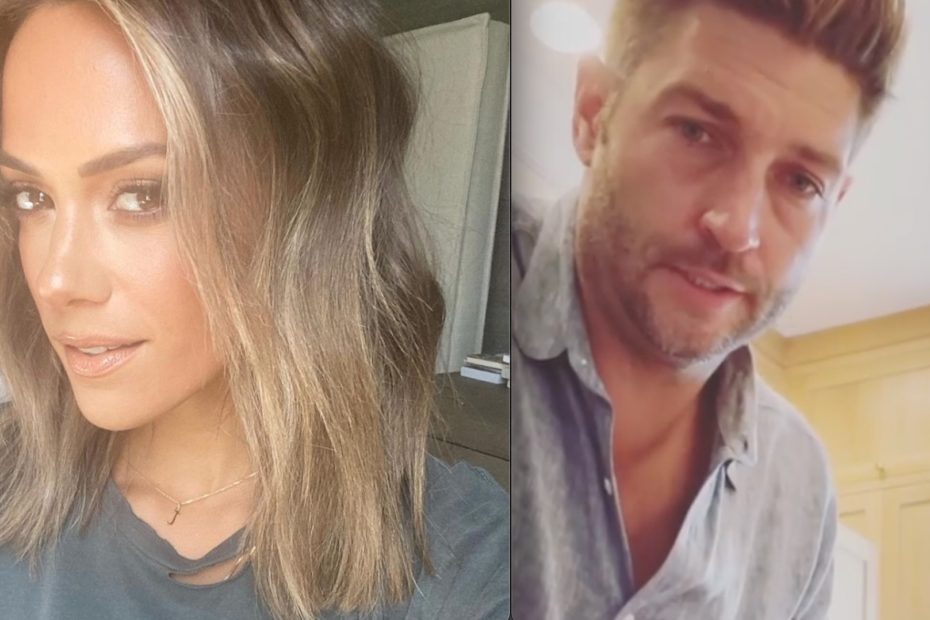 Former Quarterback Jay Cutler, 38, and Jana Kramer, 37, Go Public With Their Rumored Romance For the First Time in Nashville

Primarily known for his work with the Chicago Bears in the National Football League, Jay Cutler is now making heads turn due to the public debut of his relationship with Jana Kramer. Spotted with the country singer at the grand opening of The Twelve Thirty Club rooftop bar in Nashville, plenty of photos were snapped of the couple making googly eyes at each other.

“Jay and Jana had a lot they bonded over with how their divorces played out,” an insider even shared with PEOPLE.

Cutler announced that he would be separating his now ex-wife Kristin Cavallari in 2020 after an astonishing 10 years together. In similar nature, Kramer filed for a divorce with NFL star Mike Caussin in April after rumors of him being unfaithful surfaced.

With the two southern-based celebrities newly single, that allowed a new relationship to blossom. A source also shared that the ex-wife of Cutler is dating country singer Chase Rice and proceeded to block Kramer on social medial platforms.

Was Jay Cutler just trying to make his ex-wife jealous?

“Jay was trying to make Kristin jealous by going on this public date with Jana. He’s not happy she’s dating Chase and has been trying to get Kristin back,” the source explained the former football star’s intentions. However, a different insider corroborated this claim and explained on a podcast that there was, “no point in Jay trying to make Kristin jealous as she has moved on and so has he.”

The source that claimed Cutler was in cahoots with Kramer to make his former partner jealous also shared last week, “It’s still early days and they’re not exclusively dating, but they’re having a good time and enjoying getting to know each other.”

Shannon Ford was also alongside the couple and had some commentary to make in relation to Jay Cutler and Jana Kramer. Ford, who is primarily known for her work on Cavallari’s E! series before her eventual fire, offered the information that in reality, the drama isn’t that juicy. “People don’t realize this, but I was with my mom and my grandma. That’s how not spicy it was,” she explained.

She even stated, “I wanted to be, like, the cool girl that was genuinely just like enjoying a drink with her friend and Jay. So I was like, I’m not going to make this weird at all. I want to prove to them that I’m like, not weird.”