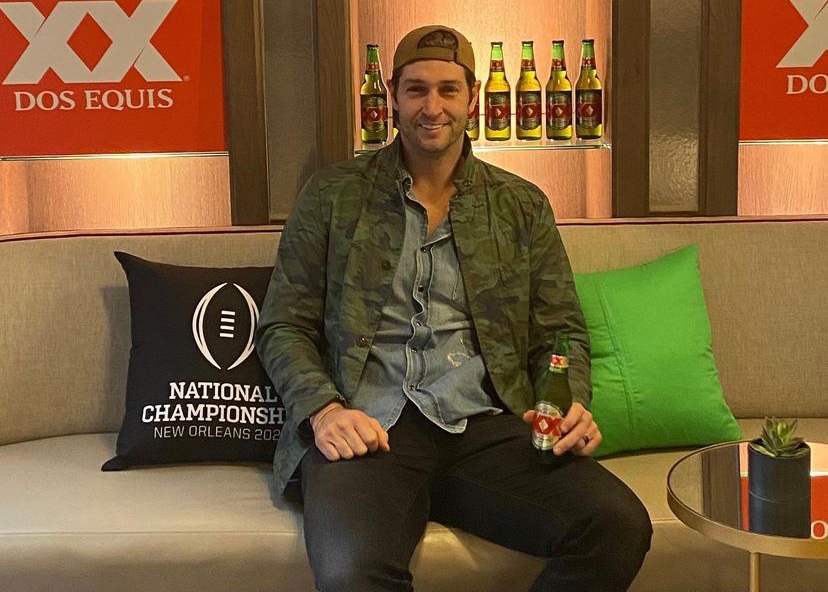 Ex-Chicago Bears quarterback, Jay Cutler, had his partnership with Uber Eats terminated due to opposing views about wearing a mask to prevent the spread of COVID-19 in his local school district.

According to the New York Post, an Uber Eats spokeswoman that Uber prefers to collaborate with people who support the notion that it is important to get vaccinated. The company has even gone so far as to offer 10 million free rides to vaccination sites in order to generate higher rates of vaccination.

The spokeswoman said, “We are proud of all the work Uber has done over the last year to help get as many people vaccinated as possible. As such, we prefer to partner with those who support that work.”

On Friday, the former football player who played in the NFL from 2006 to 2017 took to Twitter to share that he lost his partnership with the company. “Lost a commercial with Uber eats partnering with the NFL,” Cutler wrote. He additionally included, “Was going to film in LA, ‘views aren’t aligned.’ Guess they don’t like future School board members. Frees up my weekend.”

Is Jay Cutler running to be a school board member?

Apparently, this entire mess can all be pinpointed to the former NFL star not wanting schools to require masks while in session, particularly at his children’s school district of Williamson County.

Clay Travis, a local Fox TV Show host, tweeted out the sentiments, “So @WCSedu put a mask mandate in place only for elementary school students, those 5-11 years old, the school ages least at risk from covid in the entire country. All mask mandates are unscientific madness, but young kids being forced to wear masks makes the least possible sense,” to which Cutler responded in full support. The 38-year-old Tennesee resident stated, “Masks zero sense. @WCSedu be better.”

After clearly expressing his views on the subject matter, he began implying that he would be running for the 2024 school board in order to alter the rules as he sees fit. Cutler said in one tweet, “Doing school board research. Looks like a 2024 campaign for me.” He then followed it up with the statement, saying, “August of 2024. I need 100 signatures and a petition from the county. Going to start getting John Hancocks today.”