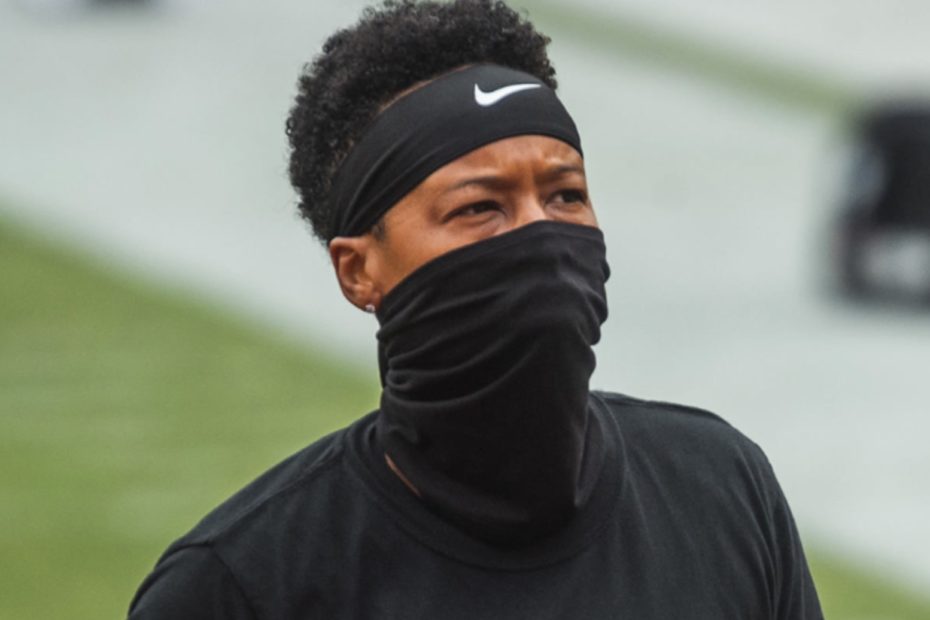 Jennifer King got promoted and it’s not just any promotion. The Washington Football Team announced Jennifer King will be the team’s assistant running backs coach.

“Representation means so much,” King said per ESPN. “It’s really important right now to be a good representative, what I didn’t have growing up. I didn’t have anyone that looked anything like me working. To be able to see that, I think, is big. It’s super cool to be a part of this…There have been some cool stories of just kids seeing it and little girls wanting to get into football and things like that. Those are really cool.”

“Coach King is well deserving of the promotion to assistant running backs coach. She came to Washington eager for the opportunity to work as a full-year coaching intern and learn from our staff. She got the chance to experience not only the in-season work that goes into being a full-time coach in this league but also the countless hours that are spent preparing in the offseason as well. She demonstrated all of the qualities that are needed to work full-time on my staff. She is a hard worker, a great communicator and a quality person. Coach King is always eager to learn and has shown tremendous growth since starting here last season. I know she will continue to be an asset to Coach Turner, Coach Jordan and the running back group, and she earned this opportunity with her hard work. The sky is truly the limit for her.”

As the team Tweeted, “from intern to full-time, @JenniferKing5 put in the work and earned her spot”, here’s her accomplished football coaching resume.

The Washington Football Team details more of her experience, including how she helped play a pivotal role in the team’s run game in 2020.

“In 2020, King was hired as a full-year coaching intern with Washington. In her role, she worked with the offensive staff throughout the course of the offseason, training camp and regular season and specifically assisted running backs coach Randy Jordan. During the 2020 season, King assisted Jordan with a running back group that compiled 423 attempts for 1697 yards and 20 rushing touchdowns. King worked closely with running back J.D. McKissic in developing his skills in the pass game. McKissic finished the regular season with 80 receptions, which is second-most in a season for a Washington running back in franchise history.”

The resume and experience speaks for itself, along with the fact, she helped play a part in getting the Washington Football Team to the playoffs. Congrats again, Jennifer King!