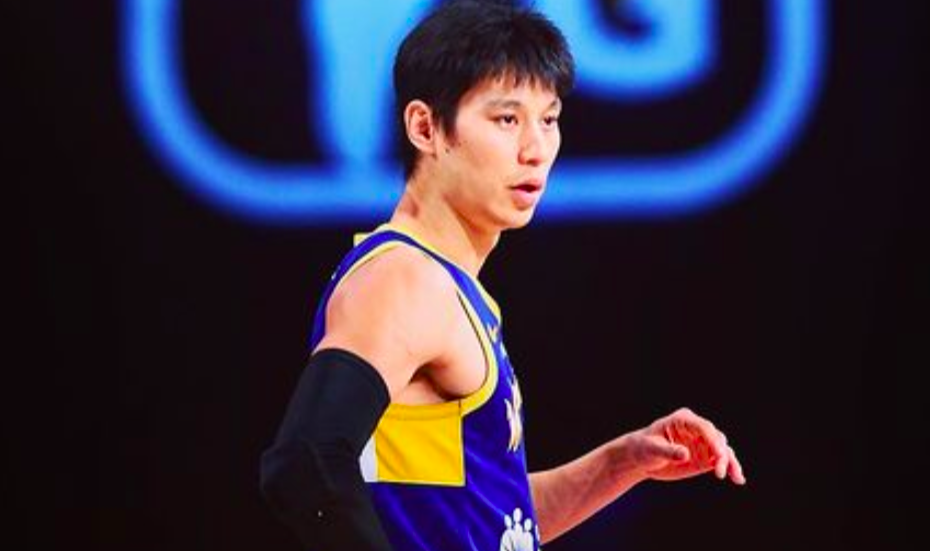 Another Season, Another Shot At The NBA? Jeremy Lin May Now Be Thinking Retirement After 10 Seasons

You’ve probably heard of ‘Linsanity’. You know, when Jeremy Lin came out of nowhere and had a run with the New York Knicks sinking game-winning shots, leading the Knicks to win after win, all the while giving credit to God and humbly being grateful for each and every opportunity. And it didn’t come easy.

Graduating from Harvard where he balled out, then eventually getting to the Knicks where there were actually reports he was sleeping on teammate Landry Fields‘ couch, the journey was filled with bumps but he stayed the course, kept the faith, and then…Linsanity.

RELATED: Opinion: My Thoughts On The Hatred And Racism Towards The Asian-American Community As A Filipino-American, Jeremy Lin Speaks Out On The Violence

But, even after all that, he ended up playing with the Houston Rockets, not the Knicks, the next season. In 2012, Rockets GM at the time “Daryl Morey announced…that the team…signed…Lin after the New York Knicks chose not to match Houston’s offer sheet for the restricted free agent” per NBA.com. The Knicks didn’t match the offer. Okay, so at least Lin would get another shot to play in Houston, right?

After starting all 82 games in the 2012-13 season, he’d start less than half that amount the next season (33 starts in the 2013-14 season). Then, the Rockets would trade Jeremy. Per NBA.com in 2014: “The Los Angeles Lakers…made a trade with the…Rockets, acquiring…Lin as well as a future first round draft pick and a second round draft pick…”. Okay, cool, so then Jeremy will have his shot in La La Land then, right?

Jeremy played 74 games and got 30 starts with LA (the numbers here look identical to the previous season with the Rockets), where teams are at least playing Lin but seemingly giving him just half of those as starts without really giving him the keys to run the team at the point position.

Numbers don’t lie and that’s at least the trend we’re seeing here so far. So, now, at this point, you’re thinking, okay well the Lakers just wanted to see what he could do for a year, Lin showed up and balled out now they’ll hand over the keys his second year there. Probably a similar scenario that you thought would happen in Houston…or New York. Hmmm…are we seeing a theme here? Guess what happens next.

Let’s go back to another NBA.com report, this time a year later in 2015: “Charlotte Hornets General Manager Rich Cho announced…that the team has signed free agent guard Jeremy Lin”. Lin played in four more games (78) but was given just 13 starts with Charlotte in the 2015-16 NBA season. Okay, I know the previous stops he had just a year to show what he could do. Surely this team, this time, would it be different?

Well, at this point, it seems the only constant is change for Lin’s career at this point. Along with the changing of the teams, the changing of the guards (literally), the only other constant was Jeremy’s hair. It seemed the point guard had different hairstyles with each new team, maybe even as a subliminal way to cope with all the change. That a new cut, a new fade could maybe fade away the troubles from the last season (literally) to embark on a new season, a new NBA season, a new team.

Well, back to Charlotte. Maybe being with the Hornets this could be a place he could call a permanent, not short-term, home. Where he wouldn’t have to buzz away.

Instead, if you’ve seen the theme so far, you see what’s next, another year (2016), another NBA.com report: “The Brooklyn Nets have signed free agent guard Jeremy Lin to a multi-year contract”. This came just a few weeks after ESPN’s Marc Stein reported “Lin declined to opt in on a $2.2 million player option for (the) next season, making him an unrestricted free agent as of July 1 (2016), league sources say.”

That showed that the point guard knew his worth and would seemingly test the waters again to see if there’d be a team committed to him.

Insert the Nets and Kenny Atkinson, where Atkinson was given the keys to be the Brooklyn Nets head coach starting that year after spending time as an assistant coach with, guess who, the New York Knicks. Remember that team where Linsanity happened?

According to Bleacher Report’s Howard Beck “when  Atkinson finally landed his first head coaching job, he knew he wanted Lin with him. And when Lin got the call, he knew it would be hard to say no.”

“He knows I came here to take on this challenge with him,” Lin said to Bleacher Report at the time. “And deep down inside, I know that when he got this job, the first thing he wanted to do was come and get me. We’re in this together. And we’re deeply embedded in this challenge.”

There you go, Lin was given the keys. Just as his former assistant and now head coach was given. A new, fresh start in Brooklyn.

In 2017, another NBA.com report: “Lin had season-ending surgery to repair a ruptured patella tendon in his right knee Friday morning, hours before the Brooklyn Nets played their home opener…Lin was hurt…during the Nets’ first game of the season when he landed hard after a drive to the basket in the fourth quarter of a 140-131 loss to Indiana.”

“We just were in a comfort zone,” Atkinson said per NBA.com “We’ve known each other for a long time and that’s what makes this harder.”

“Obviously we would have loved to have him healthy and I think that’s where it hurts,” then-Nets GM Marks said per NBA.com. “It hurts not only us because we would have loved to see him from a front-office standpoint, (but) from a coaching standpoint all the hours that Kenny and the coaching staff have put in to specific lineups and end of game plays and different scenarios.”

Then, in 2018, another NBA.com report: “per multiple reports, the (Atlanta) Hawks have a deal in place to acquire veteran guard Jeremy Lin from the Brooklyn Nets”.

After his time with the A-T-L, he’d go up north across the border. Another season. Another move. This time, though, to a different country.

You guessed it, now’s the time for another NBA.com report, this time around in 2019: “The Toronto Raptors announced…the signing of guard Jeremy Lin.”

Jeremy played sparingly with Toronto. The point guard only was inserted into 23 games and started three times. Although, he was a part of that Raptors run with Kawhi Leonard in seemingly his holdover year from the San Antonio Spurs trade before going to a LA team and can always call himself an NBA champion.

The past two years, Lin hasn’t played on an NBA team even though he’d like to still ball and get another chance. A decade of playing experience in the NBA. That’s ten years. And eight teams.

You could begin to see a theme, which understandably caused some frustration for Lin.

“May 16th,” Lin said in an Instagram post. “In my mind was an imaginary circle around this date for an NBA callup. The final deadline. After a year in the CBA where I overcame mental barriers from my past, I KNEW I was still an NBA player. Teams all asked if I still had the hunger, health and skill to hang in the NBA. They wanted to see me hoop in-person. So I gave up a season overseas to go down to the G League – a move few vets dare make. Ive always known I need to jump through extra hoops to prove I belong so this was par for the course. Im really proud of what I accomplished – I killed it in the G League and objectively showed it being a league leader in all categories a PG should and shooting career-highs across the board.”

Jeremy reflected on what just having a “chance” to prove himself means and tried to rationalize why, to him, that real chance hasn’t seemed to present itself in the NBA so far.

“For months, I saw others get contracts, chances, opportunities, Lin said. “I told myself I just need ONE ten-day contract, one chance to get back on the floor and I would blow it out the water. After all that’s how my entire career started – off one chance to prove myself. For reasons I’ll never fully know, that chance never materialized. But I proved Im better than ever and an NBA player. And like I’ve said before…dream big dreams, risk big heartache.”

According to the SF Chronicle’s Connor Letourneau “Lin turned down millions in China to play for (the) Warriors’ G League team”. Jeremy opened up as to why.

“Im blessed and had an NBA career beyond my wildest dreams,” Lin said. “I had the luxury of taking a year to chase a dream w/o worrying about paying bills. My family, friends, business partners all waited on me as I gave up being a go-to player in China to go back to the G League. To the next generation of Asian American ballers – man, I so wish I could have done more on the NBA court to break more barriers – esp now – but you guys got next. When you get your shot, do NOT hesitate. Don’t worry whether anyone else thinks you belong. The world never will. If theres any chance to doubt, they will. But when you get your foot in the door, KICK THAT DOOR DOWN. And then bring others up with you.”

It’s obvious the passion Lin has for Asian-Americans just to get their fair shot at being able to have a shot at making the league, just like anyone else. You may have seen the video in 2016 of Lin (that New York Times’ Andrew Keh mentioned) being fouled but no flagrants were called or how Lin said he was called “coronavirus” this season.

Lin isn’t giving up, though. It’s another day, another season. And maybe, just maybe, another NBA season with another NBA team down the road. Until then, he’s holding his “head high” and finding comfort in the Bible verse, Jeremiah 29:11.

“I didn(‘)t get it done, but I have no regrets,” Lin said. “I gave my ALL and hold my head high. As for whats next, I trust what God has in store for me. ‘For I know the plans I have for you,’ declares the Lord, ‘plans to prosper you and not to harm you, plans to give you hope and a future.’ Thanks to everyone who’s rolled w me on this journey. I love my squaddd ❤️”.