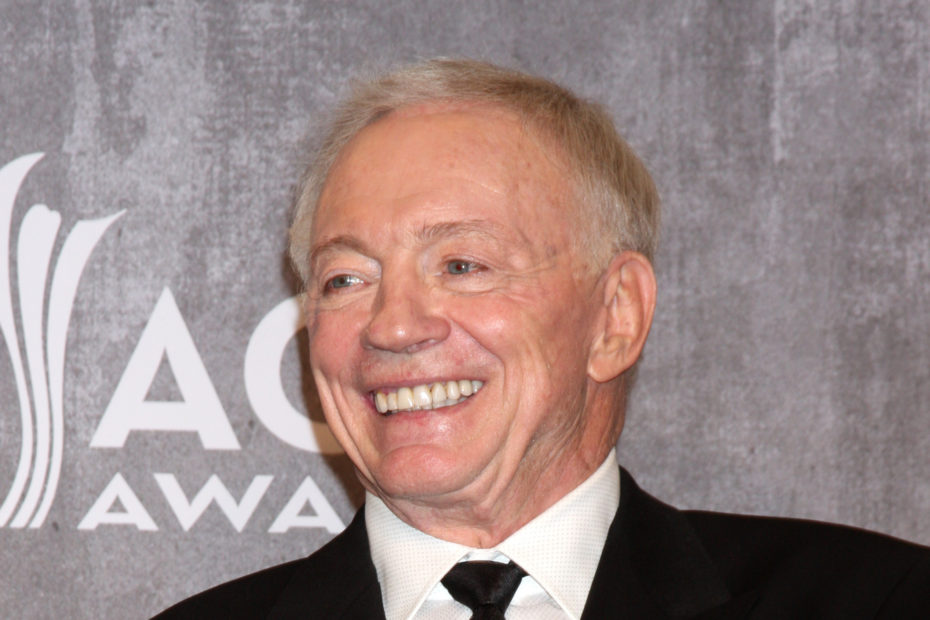 On Wednesday evening, a dashcam caught a two-car collision happening at a relatively high speed. In a quick moment, a quiet intersection became the site of a harrowing scene. Of the two vehicles involved, one participant was notable Dallas Cowboys owner, Jerry Jones.

On an unprotected turn, Jones was responsible for the crash and hit the side of another car while attempting to turn.

The NFL franchise owner was spotted driving a dark-colored sedan in Dallas, Texas, roughly 20 miles from the Cowboys’ team facility. At an intersection, a silver-colored car was making a left-hand turn into the right lane when Jones’ car slammed into its side. The Dallas Morning News released in a statement, “A crash occurred about 8 p.m. near Harry Hines Boulevard and Wolf Street in Uptown, according to Dallas police. Police said a vehicle failed to yield and turned in front of another vehicle, causing the collision.”

In a video obtained by TMZ, the 79-year-old exited his vehicle with a slight limp and went over on foot to check on the passengers of the other car.

According to the news outlet, one passenger from the silver car reported pain in their head. In addition, Jones could be seen on a patch of grass rolling up his pants and checking his leg for injury. He also brought out a cellular device and called for help, to which emergency responders arrived at the scene.

Although there were no apparent medical problems, he was transported to a nearby hospital as a precautionary measure. Stephen Jones, son of the franchise owner, relayed that his father was assessed by medical professionals and was able to leave the hospital after a short amount of time. His family confirmed that he is now resting comfortably at home.

No information has been released in regards to the current status of the other passengers involved in the collision.

Not much has been said from the Cowboys on behalf of Jones, however, Vice President Stephen Jones confirmed that the crash had little impact on the owner. “He is all good,” the VP shared, referring to the 79-year-old. “He’ll be fine.”