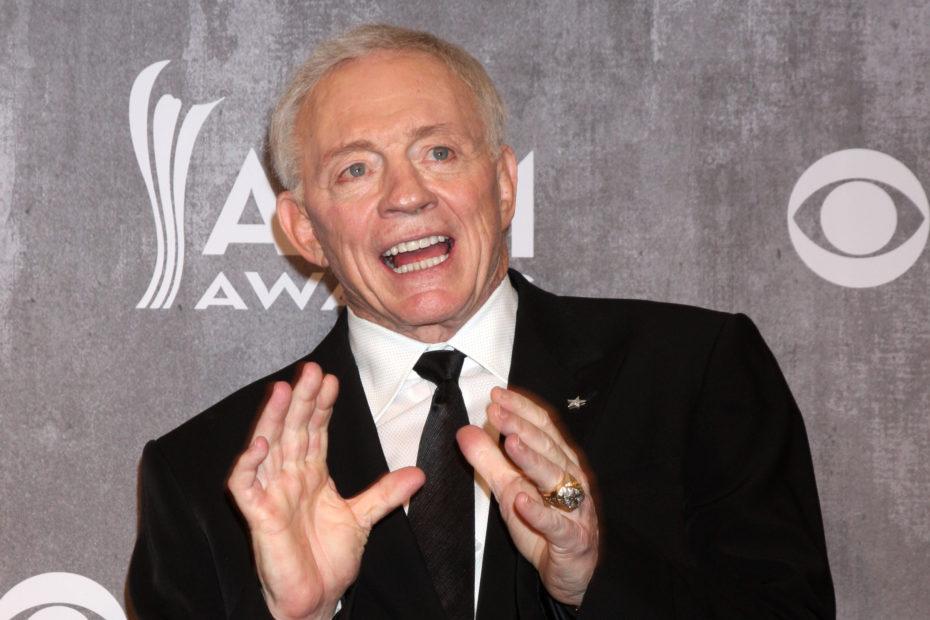 An ongoing lawsuit that 25-year-old Alexandra Davis filed against Dallas Cowboys owner Jerry Jones claims that he is her biological father – and he supposedly has paid her upwards of $3 million throughout her life.

Davis claims that Jones met her mother, Cynthia Spencer Davis, while Cynthia worked as a ticket-counter agent for American Airlines in Arkansas in the ‘90s. After falling pregnant, the Dallas Cowboys owner requested his paternal identity remain a secret, in exchange for regular payments.

However, in more recent years, the 25-year-old alleged daughter requested that this contract be terminated and his paternal identity be public knowledge. The NFL franchise owner has denied these allegations and claimed that he has no relation to either of these women.

Yet, lawyer Don Jack came forward with the information that he made regular payments on Jones’ behalf to the Davis women, alluding that Jones has made an effort to keep his supposed paternal identity a secret.

“On numerous occasions I have made payments on behalf of Mr. Jones to Cindy and Alex Davis,” Jack shared with ESPN. The deal was made in 1995 and was made to provide, “monthly payments for child support which ultimately totaled over $2 million.”

In addition, Jones paid for Alexandra’s SMU tuition and was given a $70,000 Range Rover, making the payments closer to $3 million.

Jim Wilkinson, a spokesperson for the NFL franchise owner, in addition to Jack, have both denied releasing the contracts that reveal Jones had set up a trust fund for Davis. Despite this, Jack claims that Davis wants the 79-year-old to have a paternal agreement in order to ensure she has better financial security.

“In that meeting, Alex read to me a personal letter she had drafted to Jerry Jones in which she expressed her dissatisfaction with what she had received and sought $20 million,” he said. “She stated that if that amount was paid, she would not bother Mr. Jones again and would keep their relationship confidential.”

Wilkinson commented on this demonstration, sharing that from his perspective, it points to Davis being money motivated and makes her claim seem false.

“This clearly demonstrates that money has always been the ultimate goal here,” Wilkinson relayed. “And sadly this is just one part of a more broad calculated and concerted effort that has been going on for some time by multiple people with various different agendas.”