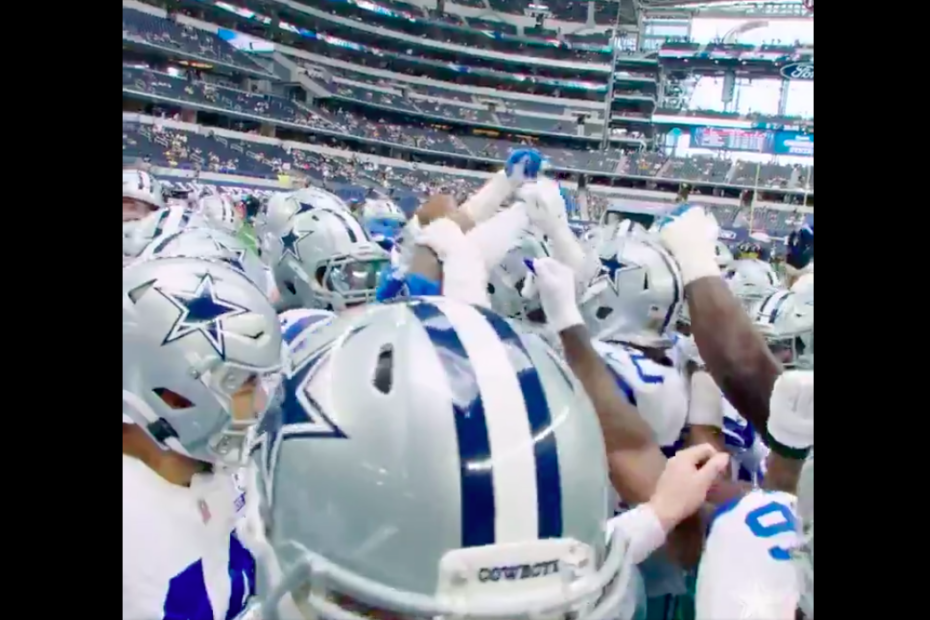 Dallas Cowboys owner Jerry Jones was a guest on 105.3 The Fan, a Dallas sports radio station, and talked about the current COVID-19 situation regarding the team, players, coaches, and fans.

RELATED: Dak Prescott Gives Injury Update On Way To Doctor: ‘I’m Doing Well…Can’t Thank You Enough For All Your Love, Your Support, Prayers’

Jones says “they haven’t had one report of anyone who has gotten COVID-19 from attending one of their games at AT&T Stadium” according to 105.3 The Fan.

According to WFAA, Dallas’ ABC station, Jones said he sees “a continued aggressive approach to having fans out there”.

“I see a continued aggressive approach to having fans out there…That’s not being insensitive to the fact that we’ve got COVID, an outbreak, some people say, ‘well maybe it is. No, not when you’re doing it as safe as we are and not when you’re having the results we’re having. We’ve had literally, literally we’ve had no one report that they’ve had contact and gotten any contact with COVID from coming to our football games; no one.”

Jerry Jones said on 105.3 The Fan According to WFAA ABC

According to ABC WFAA, the Cowboys have the most amount of people in attendance at their games, averaging 25,750 fans and in their with home game, they had 31,700 fans in attendance, which WFAA reports is a little more than 25% capacity.

“Our stadium is particularly suited for airiness, openness, air circulation, and (it’s) borne out,” Jones said on the radio show according to WFAA. “We had over 30,000 out the other day against Pittsburgh and so I’m very proud of the fact we do it safely, we do it smartly, our fans are helpful to say the very least, playing in front of those fans.”

Jones is also starting a bubble the rest of the season for nearly 80 staff members at a hotel according to the Dallas News, and that he was reportedly “determined to be proactive”.

Jones said to 105.3 The Fan that the team is stepping up the isolation, reducing the number of people around the players, and having coaches restrict activities away from the field; that, along with going about this in a more intense way in addition to what the NFL is doing, according to the Cowboys.

“Everybody’s emphasizing, ‘Don’t let your guard down,'” Jones said Tuesday on 105.3 The Fan according to the Cowboys. “Don’t let your guard down because tomorrow all that could change, and that’s a fact. Don’t let me think for one second that we’ve got the key how to not have this COVID outbreak. We don’t. But the things we’re doing are working there.”