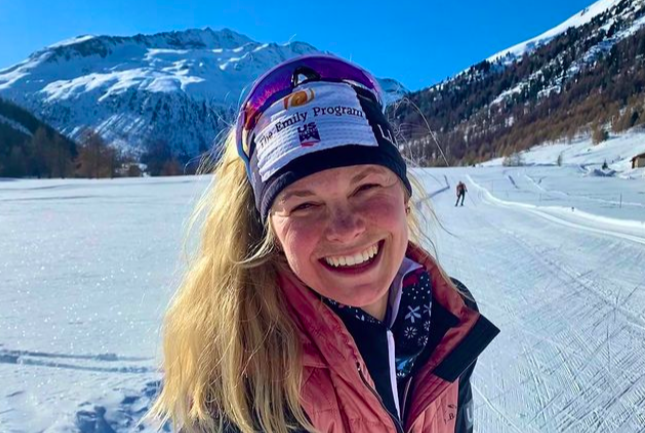 Cross country skier Jessie Diggins had an amazing run during the 2022 Winter Olympics. However, her silver medal placement is all the more impressive when contextualized with the fact that she suffered a bad case of food poisoning just a day before the race.

The 30-year-old recently opened up in an interview with PEOPLE over her illness and the tactics she used to push through.

“I woke up the morning of the day before the race, not feeling very good … In the grand scheme of things I was lucky,” she began before adding that her sickness could have been far worse. “I’ve definitely had more brutal cases of food poisoning in my life, so it could have been worse, but obviously, it could have been better.”

In order to ensure a speedy recovery, Diggins reported that she kept hydrated, ate simple foods, and stayed in bed to rest.

“I just wanted to go and give it my very best effort and race with courage and race with heart and just see how it went without pressure, without putting expectations on myself,” she explained, acknowledging her motivation to still compete despite feeling sick.

Diggins went on to share, “During the race, I was so pleasantly surprised to see that my body really had bounced back quickly and I was feeling like myself and I just wanted to go for it.”

However, that is not to say the recovery didn’t come with struggles. The silver medalist relayed that her experience with poisoning and competing directly after was painful.

“It was incredibly painful and really hard and I had to dig deeper than I ever have in my entire life, but the feeling of empowerment and pride in crossing the finish line, having done something so difficult and so hard, that was amazing,” she said.

In addition to winning the silver medal for the women’s 30km cross-country race, Diggins earned herself a bronze medal during the sprint competition. As a whole, the athlete expressed gratitude for the opportunity to represent the United States and bring home multiple placements.

“I will be honest, it’s still sinking in but it’s just been such an honor to be part of such an amazing and strong team and honestly feeling that big team unity, you know,” she commented.

Continuing her reflection, Diggins stated, “It’s all of Team USA and that feeling of cheering each other on and watching each other succeed.”