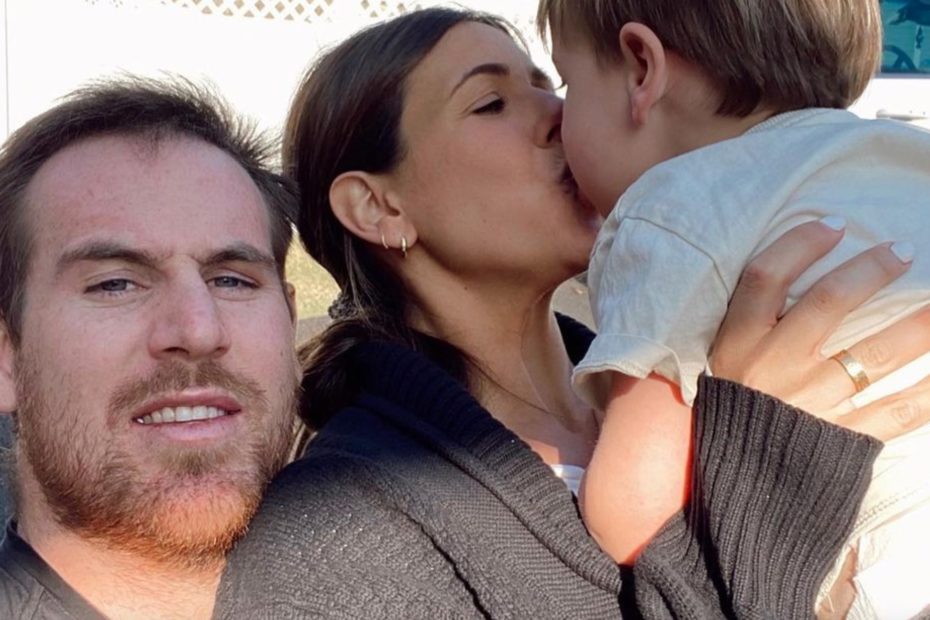 On August 23, retired Boston Bruins star, Jimmy Hayes passed away unexpectedly. He had just celebrated his oldest son’s birthday. Jimmy, who was found deceased in his home, was a father of two and a beloved husband. His family was left in shock when he passed away at the ripe age of 31.

For weeks, Bruins fans and more wondered how someone so young with so much ahead of him could die so suddenly. Now, his wife, Kristen, and his father are revealing what caused his untimely passing.

According to The Boston Globe, Jimmy Hayes died with fentanyl and cocaine in his system. As the Globe pointed out, Jimmy was seen by the public as a healthy, happy guy, who loved being a dad, enjoyed hosting his podcast, and loved helping other people.

Kristen and the rest of his family were unaware of Jimmy Hayes’ drug use at the time. But now they want to use his tragic passing to help others.

“I was completely shocked,’’ Kristen told The Boston Globe after learning about the toxicology results on Friday. “I was so certain that it had nothing to do with drugs. I really thought it was a heart attack or anything that wasn’t that [drugs] . . . It didn’t make any sense, so it was hard. I was hoping to get a different phone call when they called. I was hoping to get some clarity and I was shocked to hear that it was that . . . He never showed any signs of a struggle at home.’’

Kristen wasn’t the only one who was close to Jimmy who was shocked by the toxicology results. As The Boston Globe reported, while he was playing hockey, Jimmy did become dependent on pain pills, but he had recently gone through treatment for the problem.

“He would never want to see me, and the boys, and our family hurting the way we are. I know he would give anything to still be here with us today. I am heartbroken and devastated, but I will choose to remember my husband and the boys’ dad by all the joy and love he brought us, and I hope everyone else does, too.’’

Kristen and others thought his issues were behind him. But as for Jimmy’s father, he wasn’t so surprised because he is an addict himself.

Jimmy’s father, Kevin, has been sober for a “long, long time, but I know how powerful this stuff is. I was in shock when it happened, but then I started putting stuff together in my head . . . I know what addiction does. I know about addiction.”

Kevin revealed that it was about 17 months ago when he first realized Jimmy had becoming addicted to the pain killers he was taking after suffering an injury. Kevin approached his son to let him know that he would be there for him when he was ready to get help.

“He called me three weeks later and said, ‘Dad, I’m hooked on these pills. I got injured and I started taking them and I never got off.’ And I said, ‘Well, let’s get you some help.’ He went to a place up in Haverhill. So he gets help and everything was on the path to recovery, I thought. But this [expletive] is so powerful.’’

Kevin hopes his son won’t forever be remembered as a “junkie” because he wasn’t.

“Jimmy helped everyone. Some of the stories I’ve been hearing. He never said no. [Former Bruin] Torey Krug told me they used to go to Children’s Hospital. Jimmy’d fall in love with a kid, then go back a week later. And a week later. He was just a wonderful kid, but this addiction [expletive] is just so powerful. […] I hope getting Jimmy’s story out there can save someone’s life. […] You have a beautiful, All-American boy who made a terrible mistake and it cost him his life.”

As Kristen initially wrote immediately following her husband’s passing, “My angel. I love you so much. I miss you. I don’t know how I’m going to do life without you. You should be here. This isn’t fair.”

Kristen opened up that in the weeks following Jimmy’s passing, their oldest son would always perk up every time their door chime would ring. He was thinking it was his daddy finally coming home.

Since Jimmy Hayes’ death, Kristen has used her Instagram to keep his memory alive. “What I would give to go back to this night,” she wrote one month after his death. “At the beach, holding hands, kissing, laughing, throwing rocks, putting smiles on our babies’ faces. That’s all we ever wanted to do. And we did it. And I will continue to do it.”