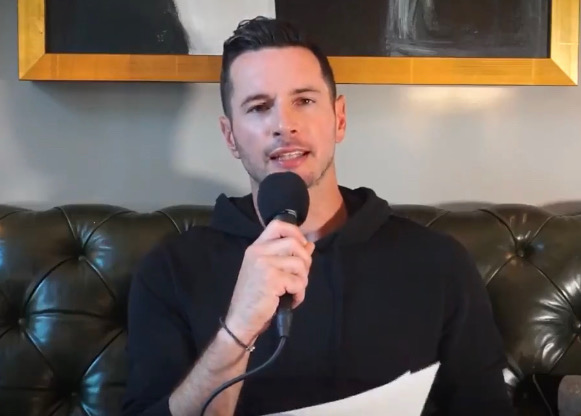 JJ Redick Is Retiring After 15 Amazing Years on the Court

In the 2020-21 NBA season, 37-year-old JJ Redick wasn’t sure where he was going to end up as he was listed as a free agent after splitting with the Dallas Mavericks and New Orlean Pelicans. Given the fact that the world has been in disarray since March of 2020 due to the COVID-19 virus, on top of fatherhood, and suffered injuries, Redick has decided to step away from basketball for good.

The Texan-born Virginia resident announced the big news during his podcast, “The Old Man & The Three,” which aired on Tuesday. In his statement, he shared, “The last 30 years of basketball have been beyond my wildest dreams. I never could have imagined that I would have played basketball for this long. After years of youth leagues, AAU, high school basketball, four years at Duke, and 15 years in the NBA, I’m retiring from the game that I love so much.”

He acknowledged the issues he had been facing and stated, “Being injured, being away from my family, COVID protocols and really, truly not playing up to my standards. I would like to describe last season as a seven-month exercise in coming face-to-face with my own athletic mortality, and it was scary and confusing.”

Reflecting on the professional basketball career of JJ Redick.

Redick also shared on Instagram a detailed description of his 15-years on the court, which has been filled with countless opportunities and great experiences After being the all-time top scorer at Duke with an astonishing 2,769 points throughout his college career, Redick went on to play for over five teams in the National Basketball Association.

“I started playing basketball 30 years ago in my backyard on an uneven patch of dirt, gravel, and grass. It was on that court that my dreams began to form. Reality has far surpassed my dreams,” Redick wrote on Instagram.

He then went on to give his thanks to the NBA and the people who have made his career as special as possible. He offered the sentiments, “Thank you to EVERYONE who was a part of my journey and career … So thankful for 15 years in the NBA and all the amazing relationships and memories along the way.”