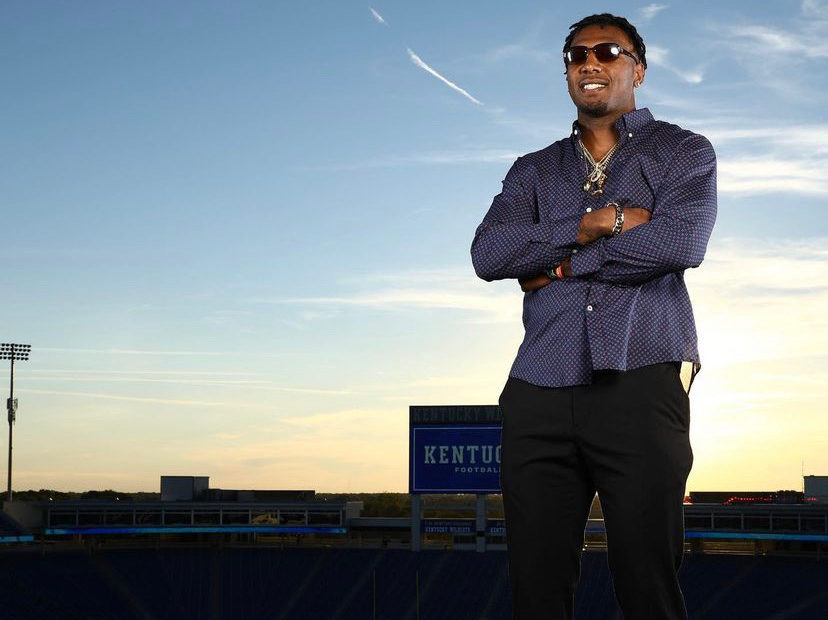 What Is One of NCAAF Star JJ Weaver’s Tactical Advantages? He Has 6 Fingers

Linebacker for the Kentucky Wildcats, JJ Weaver, recently revealed to the world a secret he’s tried to keep under wraps for years. Despite his efforts to preserve his classified information, fans began spotting him wearing appalling 6-fingered gloves when he was on the field. Not sure if it was just an optical illusion, the athlete went on to confirm that he does in fact have an extra finger!

For many years, Weaver’s polydactyly was a source of shame as he suffered from relentless bullying as a child for the genetic condition.

“I was always hiding my finger [but] never told anybody. Because, you know, I was always picked on, bullied, because of being different about my extra finger. And they used to call me an alien,” the NCAAF player recalled when he sat down to discuss with ESPN.

However, as time progressed, his extra finger became something to embrace rather than to hide. Having an extra finger allowed him advantages in football that five-fingered players would have had a harder time managing. He more easily can grip the ball, as well as throw it. Additionally, the University of Kentucky provided the 21-year-old with a specially made glove, which has helped tremendously.

This past season, JJ Weaver has performed extremely well, helping his team earn an undefeated streak. Having amassed 17 tackles and four sacks in six games so far, it’s clear that the extra finger does not hold this athlete back.

JJ Weaver is an inspiration to kids that share his genetic conditon.

When a third-grade teacher caught wind of Weaver’s condition, she instantly felt like she had a duty to reach out to the Kentucky athletic department. Not only did the elementary school teacher have an extra finger, but she also had two children in her class that was born with extra fingers. Needless to say, she thought Weaver’s story would be an inspiring one to hear. So, the athlete was brought to the classroom to share his incredible tale.

During his visitation, he made sure the kids know that it is okay to be different and that unconventional characters are a positive thing. For Weaver, having an extra finger makes him unique and makes him the person he is.

“I am not the only one to have this story, so me just opening up, finally telling my stories and having positive feedback on my finger,” the football player discussed. He also included, “It’s a blessing trying to give the young kids hope.”