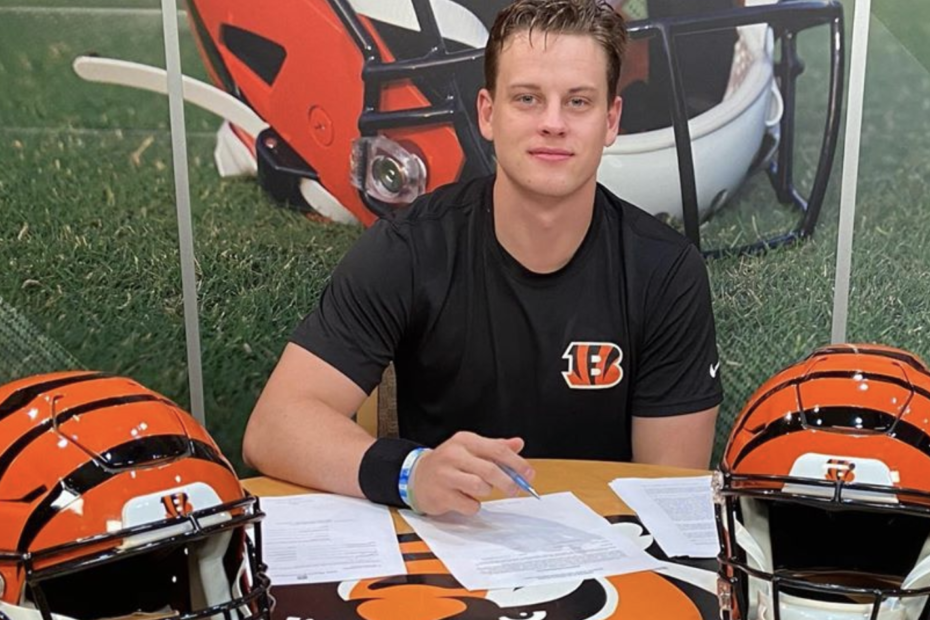 Cincinnati Bengals rookie quarterback, Joe Burrow, has reportedly agreed to a four-year contract worth $36.1 million, with the contract pending a physical that will occur later this week. Burrow will receive the entirety of his $23.9 million signing bonus within 15 days of executing the contract.

Burrow was selected with the No. 1 overall pick in the NFL Draft after a league-worst 2019-2020 season for the Bengals in which they finished with a record of 2-14. In contrast, Burrow led his LSU Tigers to a national championship and won the Heisman Trophy award.

Even without his contract, the Bengals rookie has spent the last few months engaging with coaching staff over 2-hour long Zoom calls in anticipation of potentially being the Week 1 starting quarterback. Despite being unable to physically meet in-person, the Bengals have been pleased with their conversations with Burrow thus far.

“Everything I would have hoped to have seen in this weird format, I saw,” quarterbacks coach Dan Pitcher recently said of Burrow, per Paul Dehner Jr. of The Athletic. “There’s that big void there of taking it to the field and doing it, but we have evidence of him doing it at arguably the highest level a college quarterback has ever done it six months ago. It is college football and the jump, but it’s been what I expected and he’s pleasantly verified what I thought I was going to see.”

These Zoom meetings have been often used to go over the intricacies of the Bengals offence with Burrow, while they also have reviewed old LSU game film to learn more about the system the Tigers put in place. Brian Callahan, offensive coordinator of the Bengals, also spent a lot of time with Burrow instructing him about the nuances of their offense.

“We looked at (LSU film) with him and he was able to share his thoughts about what he really liked and wanted to continue doing,” Pitcher said. “He and Brian would talk about it, say, ‘We very easily can incorporate these because we already do something similar. Maybe these are new but worthwhile. These couple can go on the back burner.’ It was a natural process that takes place.”

RELATED: Jamal Adams Opens Up to the Fans of the Seattle Seahawks

While he has not yet practiced around the coaching staff physically, Burrow has reportedly been working out in Cincinnati in anticipation of training camp with new teammates Drew Sample, Sam Hubbard, and Freedom Akinmoladun.

In his Heisman-winning season at LSU, Burrow finished the year with a 76.3 completion percentage, 5,671 passing yards, and 60 touchdowns.