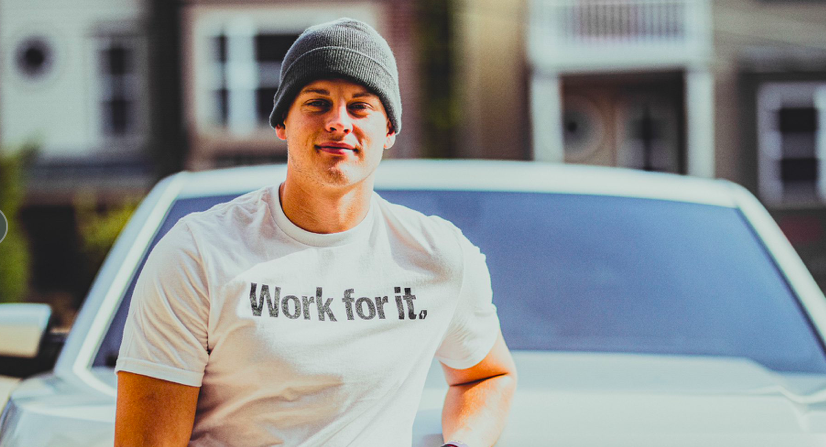 Joe Burrow Appreciates All The Support After Season-Ending Injury: ‘Can’t Get Rid of Me That Easy’

Joe Burrow Appreciates All The Support After Season-Ending Injury: ‘Can’t Get Rid of Me That Easy’

RELATED: Want To Know What Shows Joe Burrow Watched Over The Bye Week And What The NFL Quarterback Is Scared Of? Watch This

But, he plans to be back for more, not letting this injury stop him or bring him down. Burrow tweeted on Sunday hours after the game he suffered the injury in: “Thanks for all the love. Can’t get rid of me that easy. See ya next year.”

The first pick in this year’s 2020 virtual NFL draft indeed was shown a lot of love and support from people around the NFL:

And the Bengals even said fans around the NFL have donated to the Joe Burrow Hunger Relief Fund after the quarterbacks injury, citing that it warms their hearts to see “The outpouring of support for a cause so important to (Joe Burrow)”.

If you’d also like to support this cause, which according to its website, is “designed to make a difference in food insecurity across southeast Ohio for generations to come”, you can do so at the link below:

Per ESPN’s Ben Baby, Bengals receiver Tyler Boyd said Burrow is a true leader and is a guy who’s going to get them to a Super Bowl.

We’ll see if Burrow can lead the Bengals to a Super Bowl when he eventually plans to get back and take the field under center.