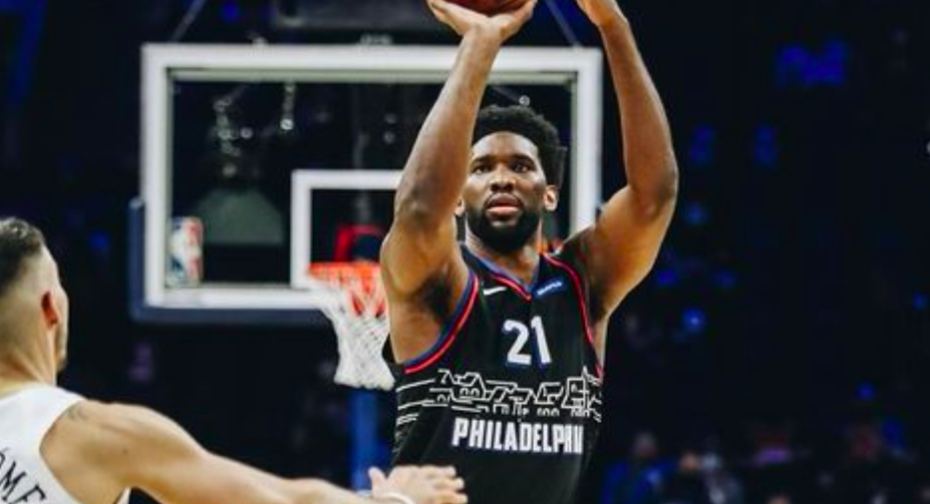 Joel Embiid Talks Meeting His Girlfriend, His Son, And His MVP-Type Season

Joel Embiid is having an MVP-type-caliber season. The Philly Sixers center has seen the process through. The draft picks, the losing, the building up to this point. Now, he’s having one of the best seasons of his career in the city of brotherly love.

Averaging 28.8 points, 10.6 rebounds, and 2.9 assists, Embiid is going hard in the paint. So far, scoring-wise, it’s the most points he’s averaged in his career in a season. Team-wise, the 76’ers are sitting atop the East. Right now, they’re in first place in the Eastern Conference, just ahead of the Brooklyn Nets and Milwaukee Bucks.

That’s all on the court.

Off the court, ESPN’s Ramona Shelburne cover story features some of Embiid’s life, from this season, his relationship, being a father, and more.

As People’s Vanessa Etienne notes, the ESPN story details some of Embiid’s “relationship with his girlfriend…Anne de Paula“.

Joel, as Shelburne details, wasn’t looking for love when he met de Paula. They met by happenstance while attending dinner with a mutual friend in New York City in 2018.

And if you ask de Paula, neither she nor Embiid “really said much during dinner. She didn’t even realize he was a basketball player until he stood up at the end of the meal and she saw how tall he was.”

“She liked that he prayed before each meal, to give thanks. That they’d each left home — she from Brazil, he from Cameroon — as teenagers to pursue their dreams in America…They both loved soccer, both spoke French and both wanted a family more than anything. “

“It started off as a beautiful friendship. We FaceTimed every day for a while,” de Paula told ESPN. “He just has this personality where he wants to motivate you. His friends, his family, and now with Arthur. He pushes all of us to be the best of ourselves. That’s the type of person you want to have around.”

Arthur is their son. And with Anne and Joel both parenting Arthur, it makes for an MVP-type season off the court as well. “I want [Arthur] to see me at my best, just like I saw my dad,” Embiid said to ESPN. “I want him to see his dad as the best player in the world.”

“If the MVP wasn’t supposed to be mine this year, I guess maybe it is not. But maybe that’s what keeps me healthy to make sure I’m ready for the playoffs.” As for Embiid and Authur’s relationship, de Paula tells ESPN that they are best friends.

“When Arthur sees him, there is no one else in the room. It is the most beautiful thing ever.”

Shelburne also explained who Joel named his son after, someone near and dear to his heart. “He named his son as a way to honor his younger brother, Arthur, who was killed in a car crash in Cameroon shortly after Embiid was drafted at No. 3 in 2014.

Despite their age difference, they were close, ESPN reported. And when Arthur passed away at just 13 years old, “Embiid hadn’t seen him in four years.”

“What I remember from him the most was how great of a person he was, even at his age. He used to take stuff from the house and go help people around the neighborhood. People that didn’t have anything. So when I found out [de Paula was having a boy], I just knew his first name was going to be Arthur.”

Joel, Anne, and Arthur. No matter what happens with the MVP race, they have each other. And Joel isn’t only reppin’ the city of brotherly love as he takes the court, he’s honoring his family and his brother, whose legacy lives on through Joel’s son.

In the city of brother love, Embiid is experiencing love from his family as he ventures on to the playoffs, hoping to do something special. And whether the Sixers make it the Finals and win it or not, I’m sure he feels he already has something special. At home.