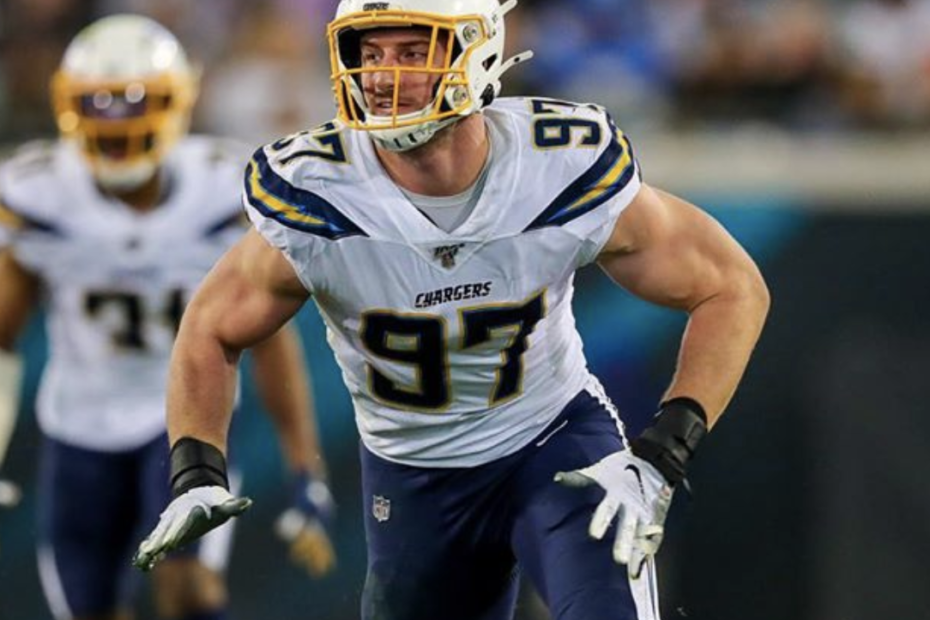 Joey Bosa was drafted 3rd overall by the San Diego Chargers in the 2016 draft. In his first year, Bosa played only 12 out of 16 games due to an injury, yet still recorded 41 tackles with 10.5 sacks, earning Defensive Rookie of the Year honors. In his first four years in the NFL, Bosa has 40 sacks in 49 starts and has made the Pro-Bowl twice.

RELATED: Chiefs RB Damien Williams Announces His Decision to Opt-Out of the 2020 Season as He Plans to Be By Mom’s Side During Her Cancer Treatment

Bosa believed that Garrett’s contract helped paved the way for his extension, saying, “I don’t know how much of a factor it had, but I’m sure it played a small part.”

Joey Bosa feels confident for next season, especially with 3x Pro Bowl teammate, Melvin Ingram. When asked if he and Ingram are the best pass-rushing duo in the league, Bosa responded, “I feel confident saying if we’re not the best, we’re definitely one of the best. When we’re both healthy out there, rushing at our best, it’s hard to stop, it’s hard to account for.”

Bosa knows that his record-setting contract will soon be broken, especially since his younger brother, Nick Bosa, only has a few years remaining on his rookie contract: “I’m happy to just set the bar and maybe my brother in a few years will surpass me, I’m sure of that.”