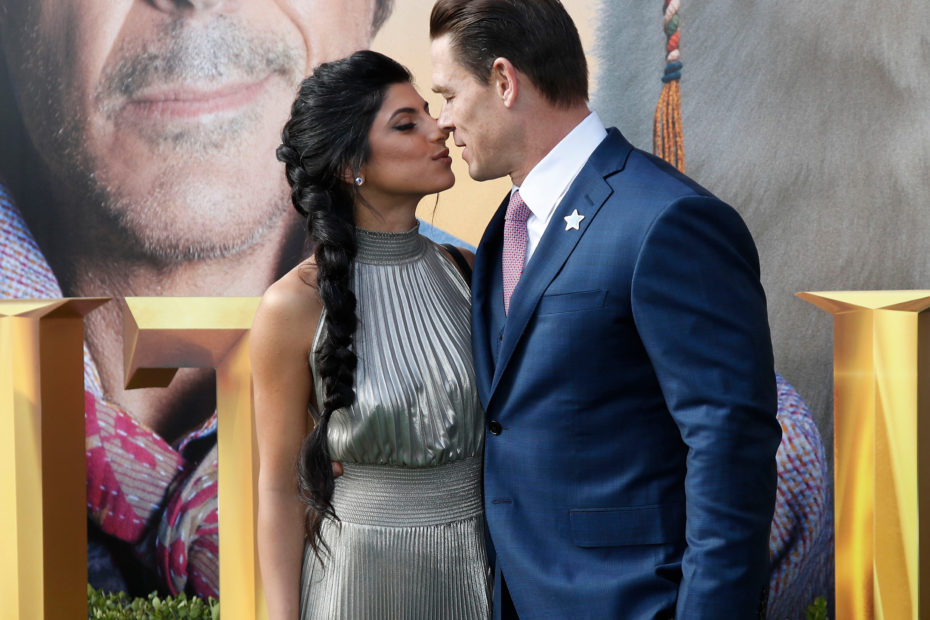 The two initially began dating in 2019 when the TV personality was in working on the set of his comedy Playing with Fire. Shariatzadeh, an Iranian-born and Candian-raised engineer, was working project manager for tech company Avigilon at the time. According to Cena, they met after he noticed her and a group of friends enjoying a meal at a local restaurant. Soon after, the couple was spotted by paparazzi holding hands and sharing kisses in public.

By October of 2019, it was clear that Cena and Shariatzadeh were together when they appeared hand in hand on the red carpet premiere of Playing with Fire. The actor commented in their red carpet debut interview, referring to his partner, “It’s a wonderful day for a movie premiere and I got a beautiful date.”

“What’s truly special about this one is that, no matter what projects I’m involved in the future, this one will always have a special meaning because I got to film a special project and meet someone special,” Cena added, speaking of the film project. An entertainment inside relayed to the media outlet PEOPLE that WWE quickly fell for the Canadian, claiming that “it was love at first sight.”

They went on to marry on October 12th, 2020, first unionizing in Tampa, Florida at the downtown office of attorney Dilip Patel. After obtaining a marriage certificate three days prior, the private ceremony was officiated by Patel.

“He [Cena] is a romantic,” the insider relayed at the time of their first wedding. The insider went on to explain that the couple “knew they would marry, so the [private ceremony] wasn’t a surprise,” but Cena had a desire “to do it out of the limelight.”

However, nearly two years after first marrying, the legendary wrestler and Shariatzadeh were spotted at the luxury hotel Rosewood Hotel Georgia tying the knot for the second time.

In a picture obtained by TMZ, the two were seen hand in hand, stepping into the members-only Vancouver Club. The wrestler was wearing a classy navy blue suit, whereas his wife opted for a classic white gown with an elegant exposed back pattern.

Given the fact that Shariatzadeh is Canadian and that the couple met in Vancouver, their adorable wedding certainly paid tribute to their city of origin.