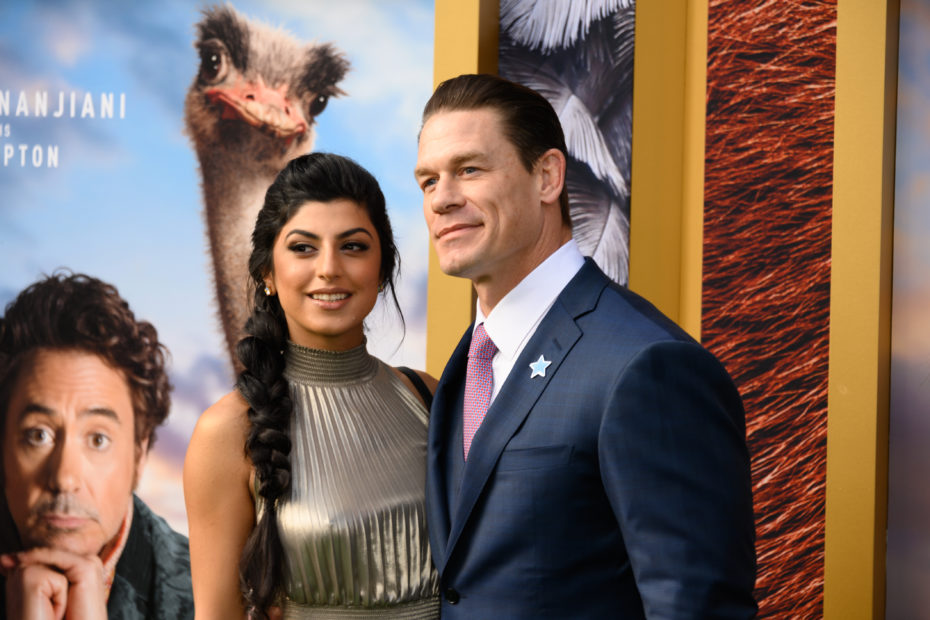 When you know, you know. After less than two years of dating, WWE champion and movie star John Cena and Shay Shariatzadeh are officially husband and wife.

According to E! News, Cena and Shariatzadeh said “I do” to forever on October 12 in Tampa Bay, Florida. It’s unclear why the couple picked Florida as the place to exchange vows as Cena is originally from Massachusetts and Shariatzadeh is from Canada.

Cena and Shariatzadeh first made their relationship public in October 2019 when they walked the red carpet together for the premiere of John’s movie Playing With Fire. It’s believed that the newly betrothed couple met on the set.

“What’s truly special about this one is that, no matter what projects I’m involved in the future, this one will always have a special meaning because I got to film a special project and meet someone special.”

And that was far from their last red carpet appearance together. As E! News reported, Shariatzadeh was spotted wearing a diamond on her ring finger just a week after they shared a kiss during the premier of Dolittle.

However, their rumored engagement was never confirmed by either party. Prior to his new marriage, Cena was engaged to fellow WWE wrestler Nikki Bella.

The pair separated in 2018 after six years together. Bella is now engaged to Dancing With the Star pro Artem Chigvintsev. They recently became parents for the first time after welcoming son, Matteo, in July.

According to Hollywood Life, Shariatzadeh was reportedly working as an engineer in Vancouver, Canada when she met Cena. Several months before attending their first movie premiere, in March 2019, they were spotted having dinner in Canada, but have remained low-key about their relationship ever since.

Neither John Cena nor Shariatzadeh have issued statements after filing for a marriage license earlier this week. Nonetheless, congratulations to the happy couple.