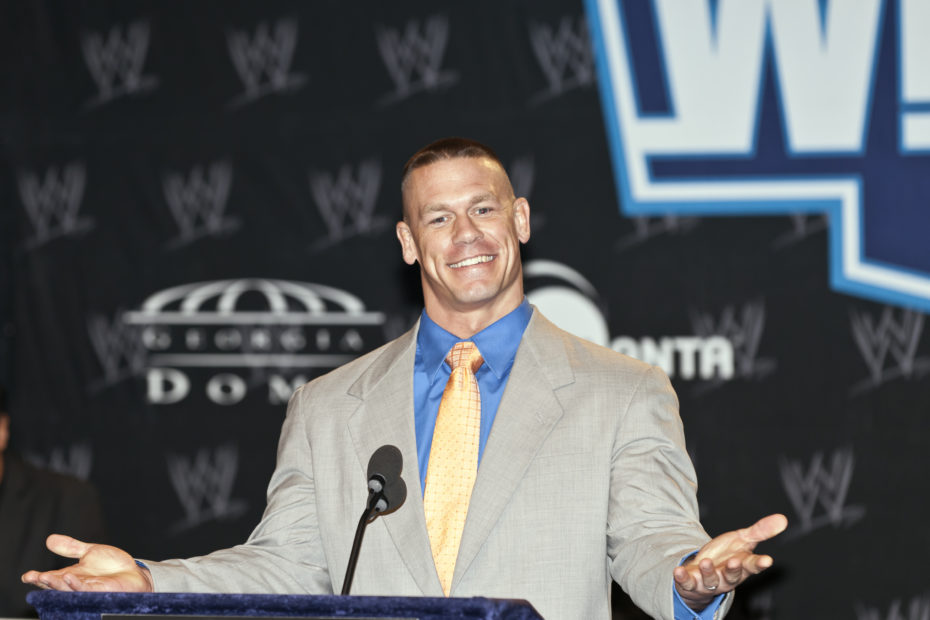 John Cena, 44, Happily Says His WWE Career is Not Over Yet: ‘I Haven’t Had My Last Match’

Former WWE star, John Cena, told Jimmy Fallon last Wednesday on The Tonight Show Starring Jimmy Fallon that his time in the rink is not over yet.

The world first caught wind of the actor in 1999 where he began appearing in WWE matches. He quickly reached notoriety from wrestling fanatics by coining the iconic catchphrase “You can’t see me!” Cena has also earned 16 world champion titles for wrestling since then. However, in more recent years, the 44-year-old has taken to a new passion: acting.

Cena made his acting debut in 2006 with the movie, The Marine. Since then, he has appeared in over 15 pieces of filmography according to IMDB. Some notable ones include Trainwreck, Daddy’s Home, and The Wall. Cena will also be participating in the upcoming movies Suicide Squad and Vacation Friends. But, his most recent movie will be coming out this Friday: F9: The Fast Saga.

Cena excitedly tweeted out, “For nearly 20 years, the Fast Franchise has entertained fans and created some of the biggest cinematic moments in history. It’s an incredible honor to join this franchise and this family.”

Despite his success as a TV and movie actor, wrestling fans questioned whether or not Cena would ever return to his wrestling roots.

Last year during Wrestlemania 36, the athlete announced that he would take a step back from professional wrestling and WWE, which many people assumed was a retirement statement.

However, Cena stirred the pot in May of 2021 when he made an ominous and confusing post on Instagram. The post detailed a simple WWE logo with no caption. The comments began flooding with questions posing, “Is John Cena coming back?”

Cena took to The Tonight Show Starring Jimmy Fallon to clear the air. He told Fallon, “I was feeling rather nostalgic about the WWE and I just wanted to post the logo and some people took it as I was returning immediately, which that’s not the case,” and slyly slipped in, “But I haven’t had my last match and I can’t wait to have my next one.”

RELATED: Carl Nassib, 28, Sends His Gratitude to NFL for Their 100k Donation to the Trevor Project

John Cena fans who began watching him for his career in wrestling definitely have content to look forward to, as said by Cena himself. He stated, “I’ll definitely be back to the WWE, I just don’t know when.”

He admitted to the talk show host that a large reason for his wrestling hiatus does have to do with his new career in acting. He laughed to Fallon, “All these opportunities have led to more opportunities,” and jokingly offered that, ”I’ve said this before, once you do one of these things, insurance doesn’t let you go wrestle on the weekends.”