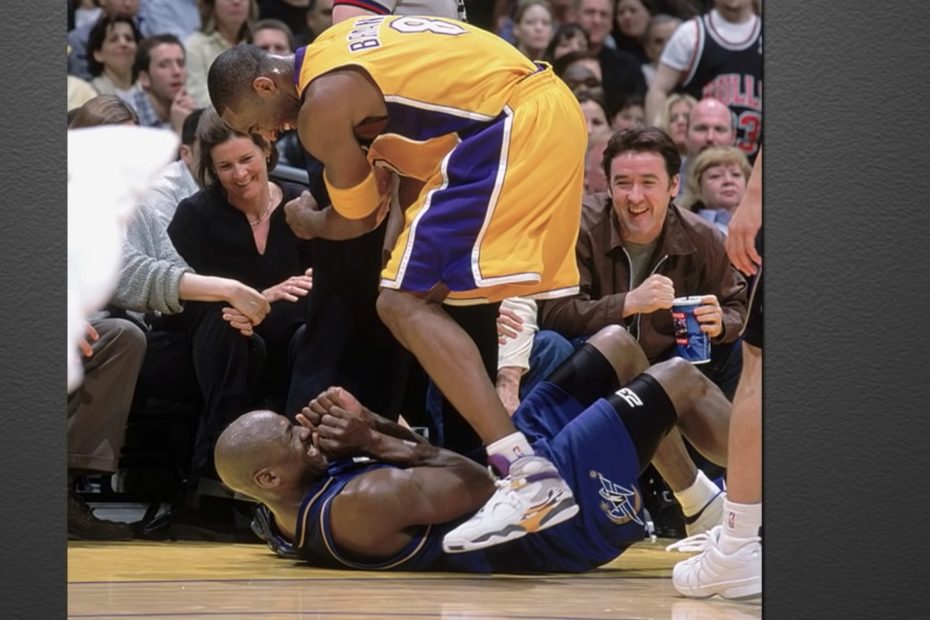 Actor John Cusack may be best known for his roles in Sixteen Candles, Stand By Me, and many, many more. But more recently, the actor has made headlines for where he was sitting on March 28, 2003.

As it turns out, Cusack was sitting courtside, just two-feet from Michael Jordan and Kobe Bryant as they played against each other for the last time. Bryant was in his 7th year and Jordan, who played for the Wizards at the time, was in his 15th. And during that game, Bryant was making a drive for the hoop as Jordan was guarding him. But as Bryant drove, Jordan was pushed to the ground and the referee called a foul.

The call, caused Bryant to start arguing with the ref as he stood over Jordan. Still on his back, Jordan looked up at Bryant as Bryant looked down at him. That’s when Jordan said something to cause Bryant and those in the front row to burst into laughter.

As the video created by Twitter user Adam H shows, as the exchange of words goes down, Cusack is seen smiling from his courtside seat. In a recent interview with Jimmy Kimmel, Cusack talked about that moment and what was said between the two greatest basketball players of all time.

“At some point in the game, everyone knew Michael and Kobe were gonna go one-on-one,” Cusack told Kimmel. “So Kobe got the ball, he cleared everybody out, and everybody started to bristle up with anticipation that it was gonna be Kobe against Michael.”

RELATED: “The Last Dance,” a Michael Jordan Documentary, Had Insane Success With Over 6 Million Viewers

“Kobe started to drive, Michael stepped in front of him — right in front of me — and he took the charge,” Cusack added. “And he went down, and Kobe was standing above him.” And that’s when Michael looked up at Kobe to say:

“Well everybody in the f**king building knew you weren’t gonna pass!”

John Cusack, who is friends with Jordan to this day, said it was a great moment in sports. Almost like one great passing on the torch to another. How cool is that?