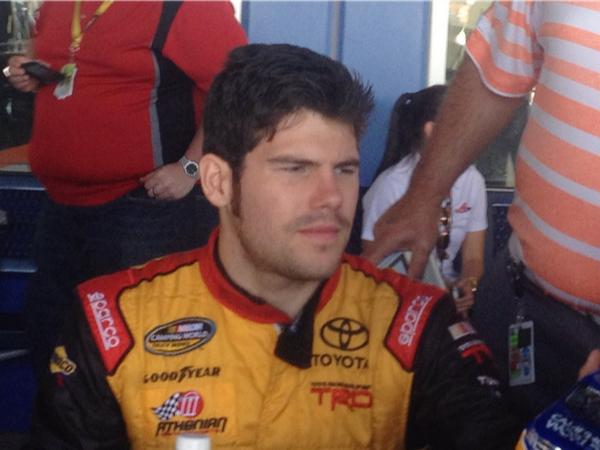 Retired NASCAR driver John Wes Townley was fatally shot in Georgia after he attacked his ex-wife and her reported significant other, Zachary Anderson with a hatchet. Laura Townley, the ex-wife of the racecar driver, also sustained serious injuries during the domestic dispute but is expected to survive, medical examiners have reported.

Josh Williams, an Xfinity Series driver, shared similar sentiments as Bodine and offered his sympathies, stating, “I am at a loss for words….. RIP John Wes. Thinking of the entire Townley family.”

John Wes Townley was killed likely in self defense.

“We are not ruling out that it is potentially a self-defense-type incident,” ACCPD spokesperson Lt. Shaun Barnett reported to PEOPLE. He included, “Preliminary report indicates that to be the case. But, of course, it is still under investigation. It is very early on in the investigation.”

The reason for the attack is still unclear to the public.

While it was unclear what the nature of Ms. Townley and Mr. Anderson’s relationship was like, Barnett reported that the two appeared to be living together and stated, “I believe Ms. Townley was residing there [Anderson’s property] at the time.”

John Wes Townley showed up at the scene of the crime with a hatchet, likely intending to harm his ex-wife and the man she was staying with. The former NASCAR driver had raced for 8 seasons and even had a national series win under his belt. Nonetheless, Townley had a history of domestic violence charges against him.

In 2019, he was charged with three misdemeanors in relation to domestic violence and also pled guilty to disorderly conduct.

According to NBC News, police responded to an incident in which two people were found shot in a neighborhood. The former professional driver was taken to the hospital where he was pronounced dead while his ex-wife is expected to recover from her injuries. As stated in the incident report the police conducted, the pair had just finalized their divorce that week.

The Athens-Clarke County Police Department commented in their report, saying, “A preliminary investigation revealed that Mr. Townley had arrived at this location and attacked Mr. Anderson and Ms. Townley with a hatchet. Mr. Anderson fired several shots from his gun which struck Mr. Townley and accidentally struck Ms. Townley.”

If you or someone you know is dealing with domestic violence, there is a national hotline you can call for help at 1.800.799.3224.