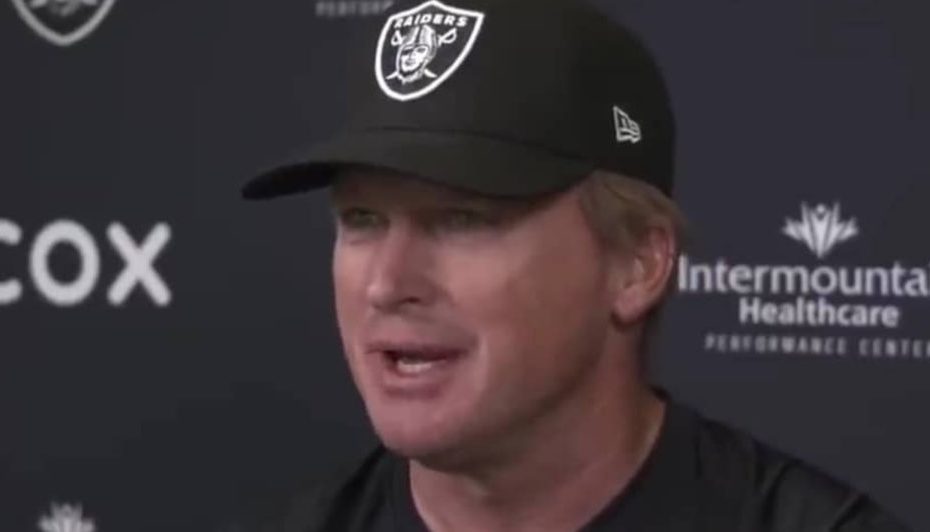 Ex-Las Vegas Raiders coach Jon Gruden is taking the NFL its commissioner Roger Goodell to court for allegedly leaking emails in an attempt to dismantle his career in the league.

Last month, The Wall Street Journal alongside The New York Times published a series of essays that included leaked emails of the former coach. In these emails, the 58-year-old was seen using shocking language that included racist, misogynistic, and homophobic remarks. Following these emails reaching the ears of the public, the NFL head coach announced plans to resign from the position.

“I have resigned as Head Coach of the Las Vegas Raiders. I love the Raiders and do not want to be a distraction. Thank you to all the players, coaches, staff, and fans of Raider Nation. I’m sorry, I never meant to hurt anyone,” he announced in a statement.

The Washington Football Team initially accused Gruden of workplace misconduct, which led to an investigation into the coach. The NFL discovered the emails that had been sent out and allegedly requested the Raiders terminate Gruden, or else the information would be made aware to the public.

According to the lawsuit, which was filed in the Eighth Judicial District Court in Clark County, Nev., Goodell participated in “a malicious and orchestrated campaign” in attempts to sabotage Gruden’s career in the midst of the football season where such news would inflict “maximum damage.”

“The complaint alleges that the defendants selectively leaked Gruden’s private correspondence to the Wall Street Journal and New York Times in order to harm Gruden’s reputation and force him out of his job,” Adam Hosmer-Henner, a legal representative of the former head coach argued in the suit.

The legacy of the Las Vegas coach has been significantly altered since the news was made public. Following his resignation, he was also removed from the Tampa Bay Buccaneers Ring of Honor list, despite being the coach that led the team to their first Super Bowl victory.

Hosmer-Henner additionally included attempting to argue the claims further, “There is no explanation or justification for why Gruden’s emails were the only ones made public out of the 650,000 emails collected in the NFL’s investigation of the Washington Football Team or for why the emails were held for months before being released in the middle of the Raiders’ season.”