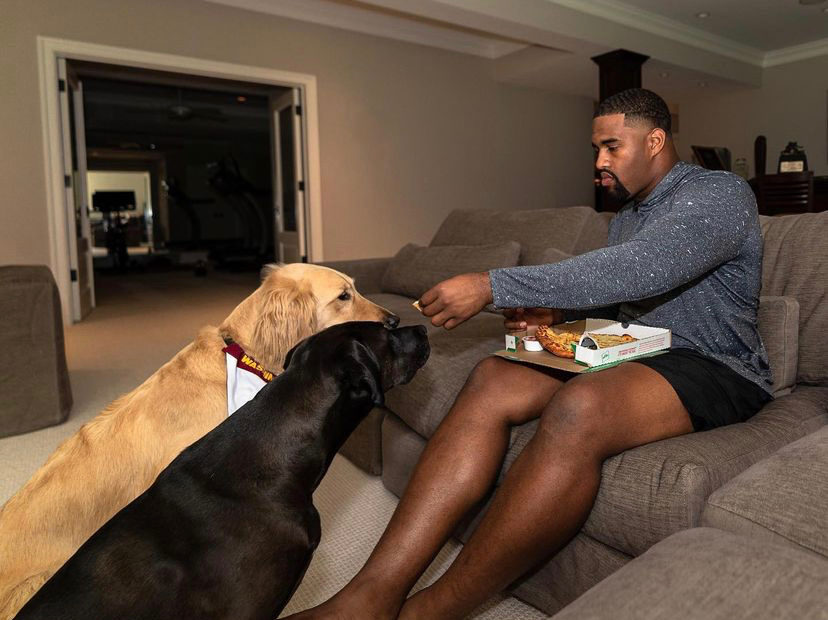 During the Dallas Cowboys versus Washington Football Team game, Jonathan Allen and Daron Payne had to be separated on the sidelines when they were seen getting into a physical disagreement.

On Sunday night, the Dallas Cowboys obliterated Washington in a 56-14 match, which in turn caused Allen to take a swing at his own teammate, Daron Payne. The two were spotted on the sidelines poking into each other’s sides and swatting each other’s heads, to which the men had to be separated from one another.

Following the fight, the defensive tackle player explained why the fight happened. “I don’t think it takes a rocket scientist,” Payne commented, according to ESPN. He went on to elaborate with the sentiments, “If you look at how that game went, emotions are high, things are high, things happen.”

Payne also held similar viewpoints in relation to the disagreement. Seeming as if he holds no resentment towards his teammate, the fellow NFL player wrote off the fight as a “brotherly disagreement.”

Although he declined to answer how the fight started, he alluded that when two people spend too much time together when tensions are high, fights are prone to start; similar to that of siblings. “You got brothers? You all fight don’t you? S— happens,” he said.

Washington Football Team head coach Ron Rivera was also made aware of the Allen-Payne disagreement after the game. When he spoke to the two of them, he too refused to disclose why the fight started but didn’t seem worried about future problems with Allen or Payne.

“I talked with them, and as far as I’m concerned, that’s where it’s going to stay,” Rivera relayed. He added the information, “What my players say to me is nobody’s business.”

The head coach did share that disagreements can arise when there are “frustrations” and “wanting to win” is a prevalent emotion.

However, the two players seem to want to put this in the past and move on together in harmony. They played together for two years in Alabama and have been teammates on Washington for four. Needless to say, the men have no plans to let the tension linger.

“When something happens on the field, you never let it carry into the locker room,” Allen said. He concluded, “Things get heated, we fix them, we sit down as grown men and we move on. I’ll take full responsibility for my actions and so will Payne.”