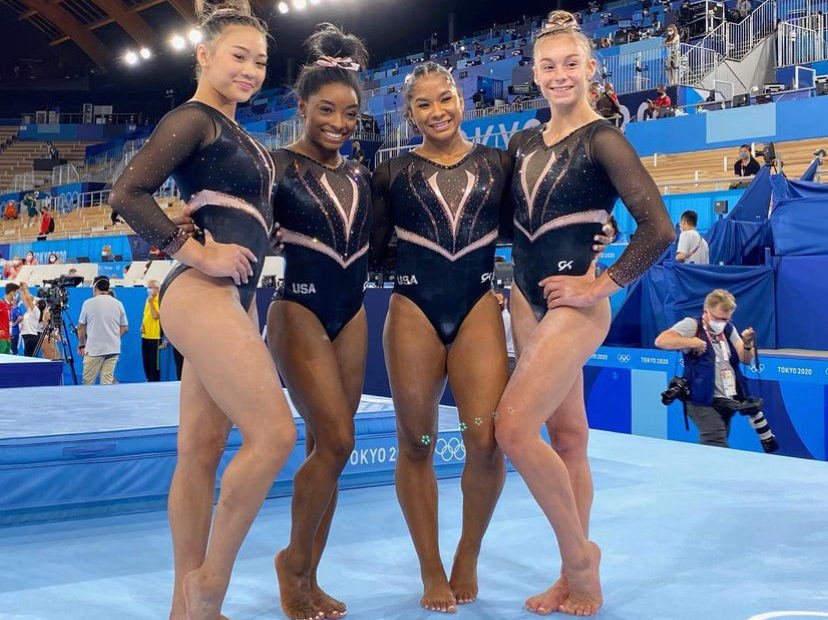 Jordan Chiles and Grace McCallum were quick to rush to Simone Biles‘ defense after the world-renowned gymnast pulled out of the USA team competition. The two American gymnasts shared that they support their friend “no matter what.”

After their team performance, which was performed without the iconic Simone Biles, the United States took home a silver medal. To Biles’ team, it was shocking that she would not be attempting to defend her gold medal.

Chiles shared with reporters on Today that, “I was there for her, I supported her, I did try to tell her, ‘Look, you know how to do everything, this is you, this is your moment, it’s all up to you.”

The 20-year-old gymnast went on to state that she didn’t want to divulge too much of Simone’s information because ultimately, it is not her story to share. “I really can’t say a lot because she has to tell her own story, but all I know is I’m going to support her no matter what.”

“I am her teammate, I am her best friend like she said. This is the moment that I think that I truly realize that I’ve gotten so much closer to her than I really thought. She’s my ride or die. I will forever be by her side,” said Chiles.

Simone Biles is appreciative of her team.

Although her decision was surprising for many people, Biles claims that she feels well. “Physically, I feel good, I’m in shape,” said Biles. She explained, “Emotionally, that kind of varies on the time and moment. Coming here to the Olympics and being the head star isn’t an easy feat, so we’re just trying to take it one day at a time and we’ll see.”

However, she made sure to make a special note of her team’s hard work and dedication. The four-time gold medal winner stated that her team “stepped up when I couldn’t.”

Simone has just announced that she will in fact be pulling out from the individual competition to focus on her mental health, and her teammates McCallum and Chiles are both in full support of the decision that she made.

RELATED: Lydia Jacoby, 17, Put on Amazing Performance to Win Gold – And She Wore Her Childhood Googles While Doing So

“Whatever she puts her mind to,” Chiles offered before reciting the reasons that make Biles an amazing athlete. “She’s Simone for a reason. She’s not a quitter. You will never see Simone just go out there and not do what she knows she can do.”

This description of Biles is one that works simply but is effective. In only 24-years of life, Simone Biles is largely regarded as one of the best gymnasts of all time and has collected four gold medals at the Olympic Rio Games in 2016.

Given her credentials, her absence from the team was heavy. Chiles and McCallum admitted they felt like they had to go above and beyond during their performance.

“I was really stressed because I knew that my routine probably set the whole mood for the rest of the meet,” McCallum said. “It was a lot of pressure. My heart was beating about million miles an hour and I was on the verge of tears, but I just knew that I had to do my gymnastics, nothing more, nothing less.”

Additionally, Chiles commented, “I also knew in my body that I could pull out everything that I had. I did have to fill some humongous shoes out there, but I did it for a reason. I did it for her. She was with us the whole time.”