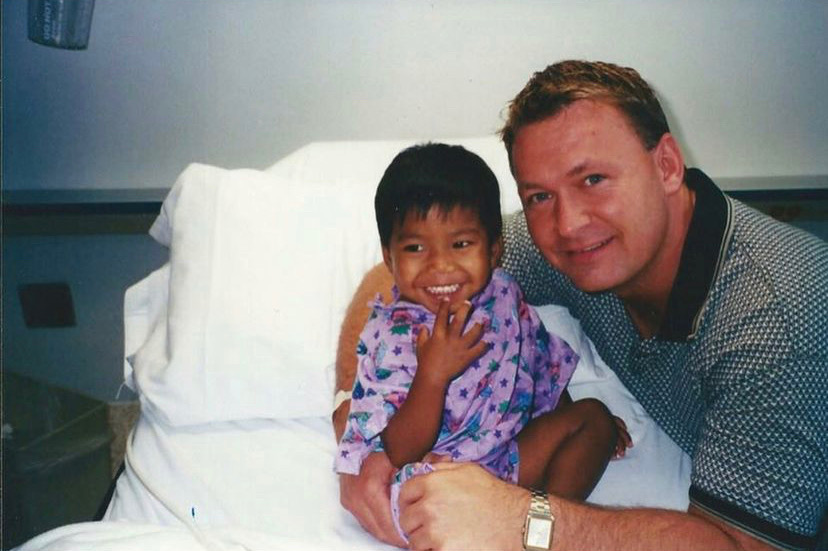 When Jerry Windle came to terms with his homosexuality, he believed that his lifelong dream of becoming a father would not possible. At the turn of the 21st century, he left his California home and relocated to Florida where he lived as a retired naval officer.

By 1999, Jerry had long accepted that his desire for fatherhood was likely improbable until he went to the doctors one fateful day. In the waiting room of a typical doctor’s appointment, the former military officer picked up a magazine that illustrated the story of a single dad adopting a child. While he didn’t know it at the time, this magazine permanently changed the outcome of Jerry Windle’s life.

Taken aback, Windle almost immediately called the agency named in the article and asked if it was possible for a single person to adopt. When they told him it was indeed an option, Jerry began the process of adoption. He explained to GMA, “I got a packet of information and an application about a week later and I took probably three days and filled out every single document, got fingerprinted, filled out my background information, I did everything.”

Soon after he began his application process, Windle learned about a Cambodian boy that would be best suited based on a personality and home study. “I saw his picture, and I immediately fell in love with him,” Jerry recalled, according to People. He additionally included the sentiments, “Being a military officer, we did a lot of study in college of the Vietnam War. The atrocities that were committed in Cambodia during the Vietnam War struck a chord with me.”

Jordan Windle was introduced to the Windle family in 2000 when he was only 18-months-old. Jordan was brought back to the United States while being malnourished, suffering scabies, and unable to speak English. Yet, there was an undeniable connection between his father and him.

After promising to give him the best possible life he could offer, Jerry enrolled him in a swimming camp at the age of 7 where Jordan absolutely fell in love with the sport of diving. Jerry explained his son’s origin story and said, “They let them jump off the diving board one day and when I dropped him off again, the guy who was running the camp asked if he could talk to me…He said, ‘You need to get this child into diving… He will be a national champion one day. He may even be an Olympian one day.'”

After enrolling his son in diving school, Jordan Windle soon went on to win national championships.

In 2014, Jerry offered that all he wants is for his son to be happy, and if his happiness is with professional diving, that is fine by him. “My greatest hope for Jordan is that he finds happiness throughout his life and that he has the opportunity to pursue his dreams. If it’s in Jordan’s future to go to the Olympics representing the United States and win a gold medal that would be amazing.”

After making his Olympic debut for Team USA, Jordan attributes all his success to his father’s love and support. “I tell everyone, when they ask me why I dive, I dive purely for my dad and how much he loves watching me,” Jordan commented. “Without him making all the sacrifices that he has, and his love and support the whole time we’ve been together, I really wouldn’t be where I am today. I have him to thank for everything, all my accomplishments. It’s been an amazing journey with him, and we’re still rolling.”

In a father’s day post, Jordan even wrote in reference to his father, “What’s impressive is how much you believed in me and stuck by my side the entire time. That type of support is what everyone needs. You can’t do everything alone. I definitely can’t. Once again I love you more than anything. Have a great day old man.”