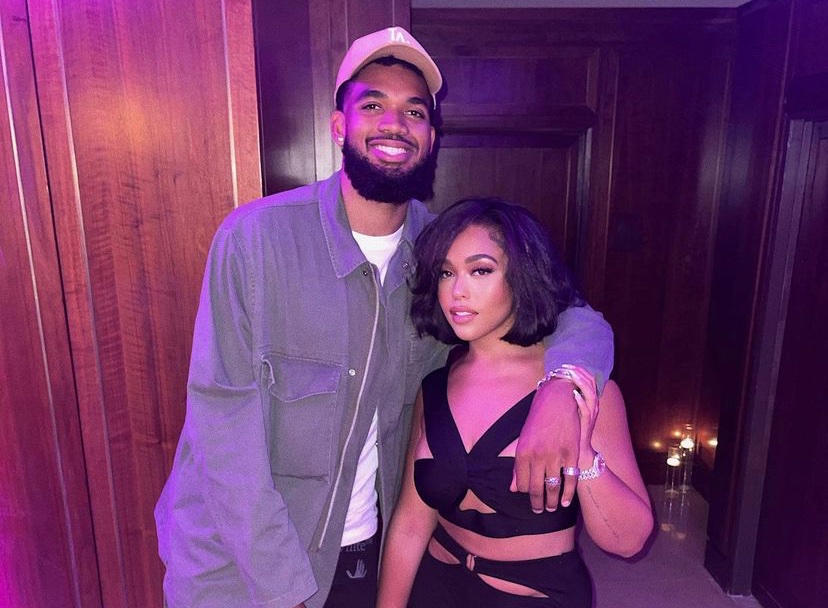 Karl-Anthony Towns is a Dominican-American basketball player currently playing for the Minnesota Timberwolves. Besides his incredible NBA advances, he has been with his model girlfriend, Jordyn Woods for over a year.

Many people have wondered about how the couple’s love story began and only recently have they divulged what the contents of their relationship consist of. Unsurprisingly, it is very wholesome.

Karl-Anthony Towns and Jordyn Woods were ‘best friends’ before dating

“Me and Jordyn met years ago knowing common people and just became friends,” Towns stated, recalling how their relationship started. Yahoo! reported the 25-year-old basketball player shared in Woods’ Instagram series, “And ever since then, our relationship grew where we became more than friends. I’m not saying in that way, but just best friends. And then we started having a deeper relationship.”

Explaining how their love blossomed even further, the athlete discussed the fact that the two of them dealt with personal challenges at the beginning of the pandemic, soon before they started dating. Towns had lost his mother and six other family members to COVID and were at a very vulnerable spot in life.

He shared, “It just so happened, the COVID came and kind of brought its challenges, and it kind of forced us to either pick where our relationship was going to go as friends or something more. And we chose the latter.”

The possibility of the two dating began speculating in August of 2020 when they were caught in a high-end dinner in Calabasas. What appeared to be a date was confirmed later when they took to Instagram and announced that they were in fact a couple. What is slightly surprising is the fact that Woods considered her now-boyfriend a “brother” before they decided to make it official.

“Two years before, I’m like, ‘No, that’s like a brother to me,’” Woods described her relationship to Towns prior to their relationship. “That sounds disgusting now I know,” she even added. Additionally, the NBA star recalled a similar start to their relationship: it felt very platonic in nature. “Literally there was never a kiss or anything. I was just best friends. We had such mutual respect for each other,” he claimed.

Woods and Towns celebrated their one-year anniversary in May, and Woods feels amazed to be dating her best friend.