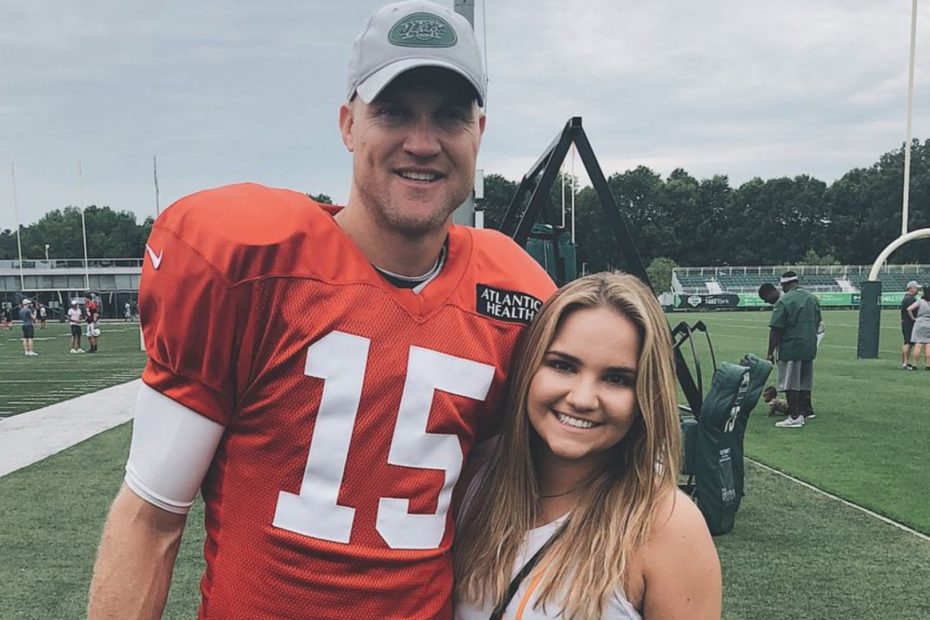 Josh McCown Has Played for So Many Teams, His Daughter Doesn’t Even Have Enough Friends to Wear All of His Jerseys on Jersey Day

Josh McCown Has Played for So Many Teams, His Daughter Doesn’t Even Have Enough Friends to Wear All of His Jerseys on Jersey Day

Let’s just say Josh McCown is no stranger to packing his bags and moving to another city. His profession has required him to do so.

RELATED: ‘It’s A Huge Relief For A Lot Of The Guys In The Locker Room To Get This Win’, After 14 Games, Jets Finally Get First Win Of The Season

The NFL quarterback has played for nine different NFL teams. Let me repeat that.

McCown has played for nine different NFL teams in his 17-year NFL career.

Want to know all those teams? I thought so.

Sit back, pop some popcorn, keep your hands and feet in at all times…okay you get the point. Go on this journey reading through each team as you see where McCown’s journey has been in the NFL, becoming one of the best backup quarterbacks this game has ever seen. As NFL Films shows, McCown has embraced being a mentor for multiple quarterbacks like Sam Darnold and Carson Wentz.

McCown was drafted by the Cardinals in the 2002 Draft with the 81st pick. McCown played with the Cardinals for four years, which would end up being his longest-tenured NFL team. McCown threw for 5,431 yards and 25 touchdowns with Arizona.

From the desert to the D, McCown actually lined up as wide receiver at times with the Lions (while being the Lions backup quarterback per the NFL), catching two passes for 15 yards.

Las Vegas Raiders (When They Were in Oakland): 2007

From Motown to the Bay Area, the quarterback threw for 1,151 and 10 touchdowns with the Raiders.

Now take a flight and head south. We are only on the third team so far but you’re probably wondering, where does one live with all this moving? Obviously, you move to where the job is and what’s interesting is just recently WSOC reported (in November 2020) that McCown sold his Charlotte home for $4-million.

I mean, with all of this moving and switching up teams, I guess you just have to hold on to that home just in case you get that call from the Panthers again. You just never know!

From the south to the Windy City, McCown threw for 2243 yards and 15 touchdowns with the Bears.

Now back to the south, this time in Florida. McCown had a good year in Tampa, throwing for 2,206 yards and 11 touchdowns. Now, he gets to see his former team in the Super Bowl this year. Well, every year now there’s nine out of 32 he could choose to root for to make it to the big game.

Now back to the Midwest, it’s Cleveland. It was here where McCown threw for 3,209 yards and 18 touchdowns. It was also here where a significant moment happened in Cleveland sports history during that time McCown was there. Do you remember?

Yeah, LeBron James and the Cavs winning the NBA title in 2016. LeBron came back to his home state from another Florida team (the Miami Heat) to help the Cavs get that championship.

Pack your bags and head east now to the Big Apple. From the Browns to the Jets, McCown threw for 3,465 yards and 19 touchdowns in the green and white.

Jets fans out there, J-E-T-S! Just because.

Okay, now, after all this travel, tired yet? Well, in 2019, you can at least have the least mileage in your move as McCown now suits up with the Eagles in Philly. In 2019, NJ.com placed McCown in its top 5 best quarterbacks.

What most recently stands out from McCown’s career was his incredible game in the 2019 NFL Wild Card with the Eagles:

According to Sports Illustrated: “The 40-year-old journeyman (entered the game) when starter Carson Wentz went down with a concussion. He completed 18 of 24 passes for 174 yards, with no touchdowns or interceptions, as Philadelphia lost 17–9…McCown told his former teammates Joe Thomas and Andrew Hawkins on their “Thomahawk” podcast that he tore his hamstring at some point in the first half of the game and injured himself even worse later in the game”.

In an emotional press conference after the game, McCown said he “left it all out there” per the Eagles.

In 2020, McCown reportedly stayed with the Eagles as an emergency backup quarterback according to Insider.

Are we there yet?

For now, yes. We’ll see where McCown may end up next in his journey.

Until then, SportsCenter had a post that quoted McCown saying: “When your daughter has jersey day at school and she doesn’t have enough friends to wear all the teams #2missing”.

The comment section also wanted to mention two other quarterbacks who’ve seen their fair share of teams in the NFL: Philip Rivers and Ryan Fitzpatrick.