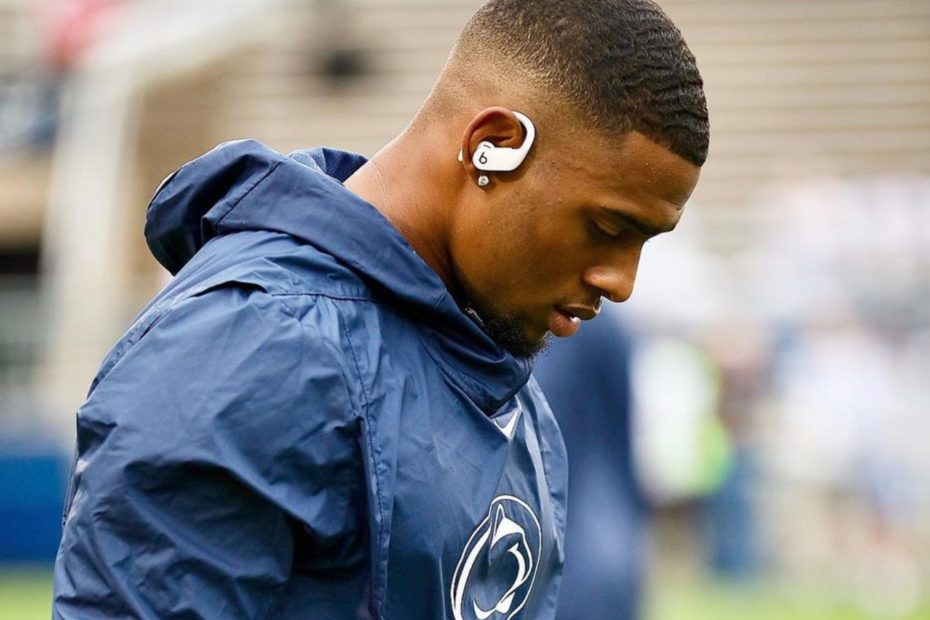 When trials and adversity strike in life, it helps to keep it all in perspective, even through some of the most difficult pain. As we know, it’s all about the journey to get to your destination.

And for Penn State running back Journey Brown, he’s recognizing his journey is far from over after needing to medically retire from football.

“I didn’t even expect to make it this far but it’s about Journey, not the destination,” Journey Brown said in a post.

“I have been diagnosed with hypertrophic cardiomyopathy, which will force me to medically retire from the game of football,” Brown said in his statement announcing his retirement.

Here’s The Statement Released By Brown And Penn State Football:

“I can still remember the first time I truly fell in love with the game I’ve been playing since 4th grade. Back then it was a game I played for fun, but when I was a sophomore in high school, my life changed, and I fell in love with football. All I could think of was when can I play, how can I get better, what can I do to be a better teammate, and at that moment, football became less of a game for me and more of a lifestyle. That lifestyle put me in position to be blessed to have a chance to play football at Penn State. My first year here was rough at times, but when you love the game of football as much as I do, you put your head down and work through scout team, Lion’s Den and the waiting and watching. I finally had the opportunity to showcase what I was born to do and, hopefully, set myself up to achieve my life-long dream of playing in the NFL. Unfortunately, the dream will never be realized as I have been diagnosed with hypertrophic cardiomyopathy, which will force me to medically retire from the game of football.”

Brown went on to say that this hurts, walking away from the game he loves when he gave it his all every practice, every down, every day.

The pain of not being able to play the game I love anymore hurts and I can’t explain how I am feeling right now. However, I can walk away from the game knowing I truly gave my all at every practice, on every down and in the locker room every day. You never know when you will play your last snap, but I know I left it all out there and have no regrets, other than wishing I could step on the field one final time. I won’t miss the game of football because it will always be a part of me. Thank you to my family for always supporting me, especially during these difficult past few months. Thank you to my teammates, my brothers. Thank you to my coaches. Thank you, Meadville. Thank you, Penn State. Thank you to everyone who believed in me. Most importantly, thank you football! “

“It’s heartbreaking,” Franklin said, per Audrey Snyder. “When it happens, you’re in shock and you feel physically sick about it…you hurt for the kid.”

Mel Kiper, Jr., ESPN NFL and college football draft analyst, had Brown as a top-5 running back for the upcoming 2021 draft class. In 2019, Brown rushed for 890 yards with 12 rushing touchdowns and also had 134 receiving yards and one receiving touchdown.

So many people have posted and shared their support and encouragement for Brown during this time. People are praying for, thinking about, and appreciating this young man.

“I love you Journey Brown…you taught me so much on how to handle adversity,” JaJuan Seider, Penn State football’s running game coordinator and running backs coach, said in a post. “I will always be by your side till the good Lord take(s) me off this earth.”