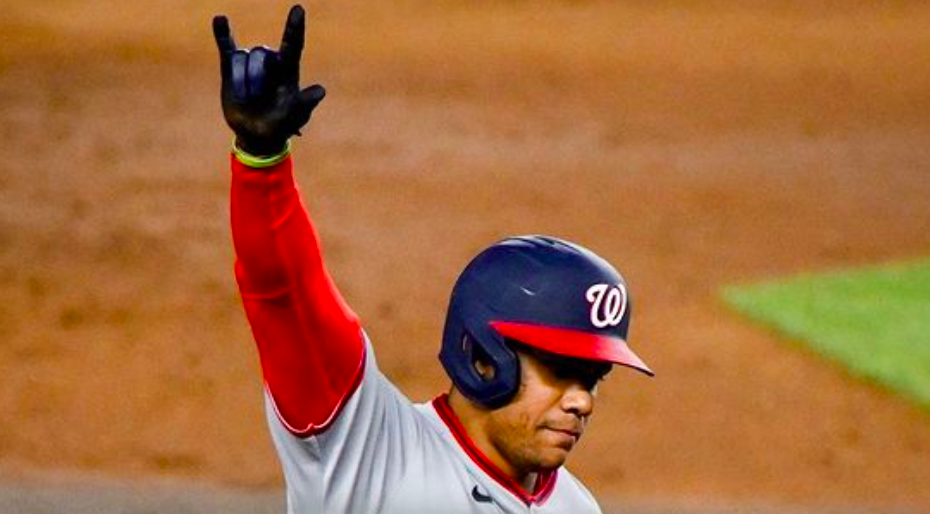 The Washington Nationals right fielder recently reflected on his career, breaking into the MLB, and chasing his dreams.

One out of his four homers this season so far came in this fashion:

With all that, it’s still not always going to be perfect. We all have our off days. It happens to the best of us. That’s what happened seemingly on an off play, at least, during a Nationals game against the Baltimore Orioles:

As CBS Sports’ Dayn Perry reported, “Andrew Stevenson was on third for Washington, and with two outs he was going on contact. Had Soto been hustling, he very likely would’ve been safe at first, which meant Stevenson’s run would’ve counted. Soto, however, probably assumed the ball was going to stay foul and didn’t run. Catchers typically field pop-ups with their backs to the field, as Pedro Severino did here, for the very reason that such balls tend to drift toward fair territory, and that’s exactly what happened much to Soto’s chagrin.”

You could tell this really wore on Soto:

Unfortunately, both for Soto and the Nationals, the play ended up in an out. The Orioles would take it, though. But, the Nationals manager wouldn’t.

Bally Sports’ David Brown noted that the Nationals “still beat the Orioles 6-5. Soto obviously realizing his mistake and being mad at himself also didn’t spare him from being forced by manager Dave Martinez to apologize to the entire team after the game.”

It’s in these moments you gotta’ feel for a guy who made an honest mistake. As is evident by this video from the broadcast of the game shared by Federal Baseball’s Twitter, he’s already beating himself, probably being his own worst critic in that moment.

So, you just move on, forgive, and go on to the next game, while also understanding that the team wants to makes sure everyone is running to first base no matter what when the ball hits the air near the infield. Mistakes happen. You live and you learn. You can choose to grow and get better or wallow in the pity…you can choose to give grace or hold on to resentment. Choosing the former would be prudent.