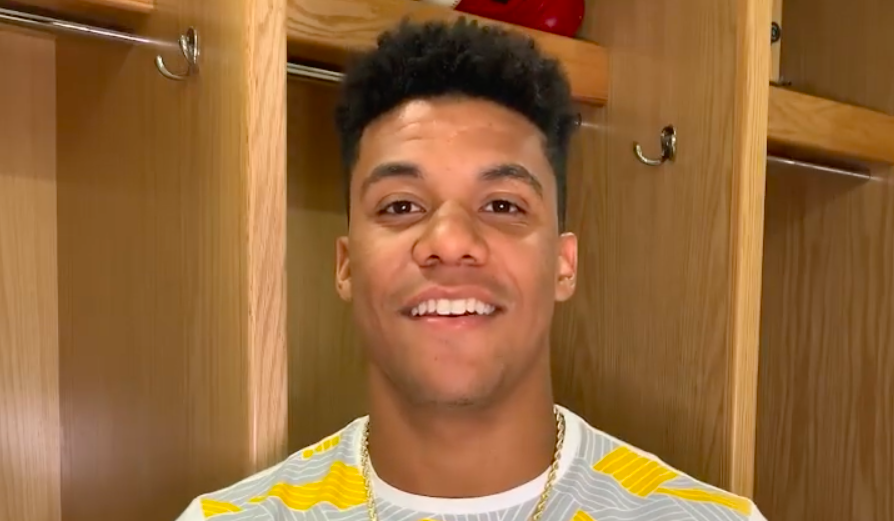 Juan Soto, star outfielder for the Washington Nationals, recently won the 2022 Major League Baseball Home Run Derby in Los Angeles, CA. Just hours before, he was on a commercial flight from Atlanta to California.

In the past five seasons, the 23-year-old has been playing professional baseball, he has quickly become a household name. During his MLB debut, he was the runner-up for the 2018 Rookie of the Year and by 2019, he was an essential component in the Washington Nationals winning their first World Series Championship.

In 2020, he was awarded the Silver Slugger Award and won the National Batting Award with his whopping .351 average. Additionally, for the last two seasons, he was selected as an All-Star.

Needless to say, he has proved himself to be a crucial resource for his current team, the Washington Nationals. Last year, the team let go of eight of their players during trade season and they have been desperate to rebuild their roster since. According to general manager Mike Rizzo, the franchise is calling it a “reboot” and they believe that Soto may be the answer.

“Eventually you have to build around the star player you have, right?” Trea Turner, former Nationals player and current shortstop for the Los Angeles Dodgers, said of Soto. “Of the players who have left there recently, you can make a good argument that Juan is the one to go with.”

Given his stats, it is no surprise that the Nationals are eager to hold onto this star player. In fact, the team offered Soto a 15-year $440 million contract. However, this offer was not enough to keep him tied to Washington for the next 15 years: he ended up rejecting the deal.

Although there are plenty of reactions the organization could have in regards to possibly losing their best players, fans have begun spectating that the team denied their dream hitter access to a charter flight on his way to the 2022 MLB Home Run Derby.

Soto boarded his commercial flight from Atlanta to Los Angeles in the early morning and arrived at LAX by 1:30 am. When the outfielder’s agent, Scott Boras, spoke with Sports Illustrated’s Stephanie Apstein, he shared that the reason for his client’s downgraded flight was due to his rejection of the Nationals’ contract.

“The Atlanta Braves arrived [in Los Angeles] five hours earlier than Juan Soto did,” Boras relayed. “You know why? Because their team chartered a plane. Juan Soto had to fly on a commercial flight and wait in an airport for two hours and get here at 1:30 in the morning and have to compete in the Home Run Derby. And that’s something that Major League Baseball did not take care of and that’s something that the Washington Nationals did not take care of.”