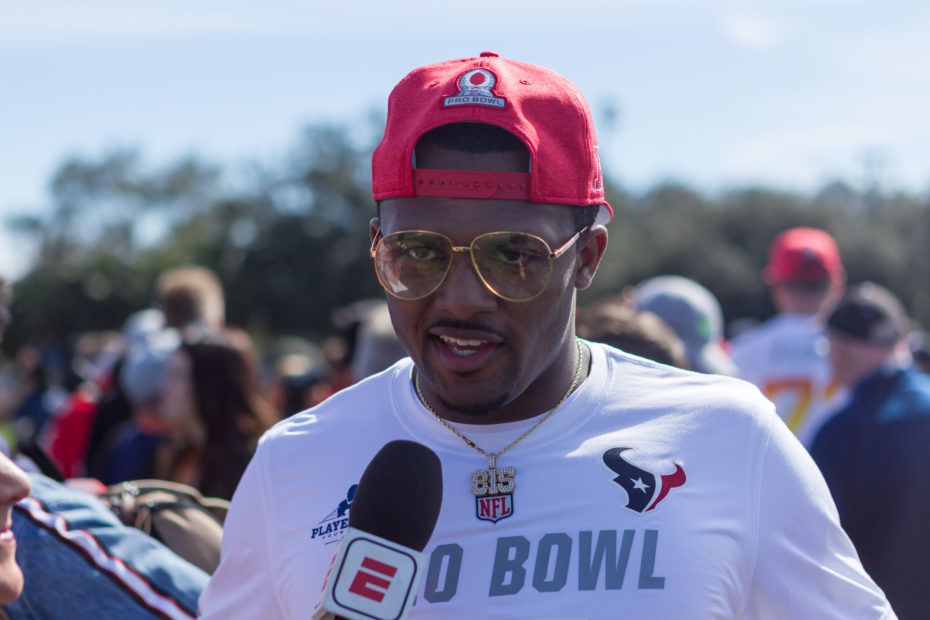 The 26-year-old athlete’s history of massage therapy traces back to when he was residing in Texas. Prior to being traded to Cleveland, Watson served as the quarterback for the Houston Texans.

The therapists claim that the NFL player contacted them through social media in 2020 and 2021 with the underlying desire for sexual relations. Several criminal complaints and lawsuits have since been filed in the state of Texas. The attorney representing the group of women in the lawsuit has requested a written admission from Watson in regards to his sexual behavior during massage sessions.

Following the case being brought before a Texas jury, a Harris County District Court Judge Rabeea Sultan Collier ruled that Watson MUST say whether or not he engaged in sexual acts with 18 or the 22 massage therapists. The quarterback’s representative objected to the written admission, but Collier overruled the protest.

As of today, two grand juries have made the decision not to indict the athlete on 10 of the criminal complaints that Houston police have filed. Throughout the ongoing investigation, the three-time Pro Bowler has refuted any and all allegations.

“I’ve never assaulted or disrespected or harassed any woman in my life. I’ve never done these things people are alleging,” he told the media following his introduction to the Browns.

Due to the allegations, many have questioned whether or not Houston made the right decision to welcome Watson onto their team. Although the Browns were hesitant at first, they relayed that after meeting the 26-year-old, they felt comfortable offering him a deal. In addition, the grand jury’s decision to not indict the athlete made the NFL team more comfortable expressing interest. He was offered a five-year deal with a $230 million fully guaranteed contract.

While Cleveland has handled the situation with Watson in their own way, it is unclear if the NFL as a whole will discipline the player for his alleged behavior. As of the first week of April, NFL Commissioner Roger Goodell reported that there is no schedule in place yet for an investigation into his off-field behavior. According to ESPN, “An independent arbitrator will determine whether Watson violated the league’s personal-conduct policy before Goodell issues any penalty.”