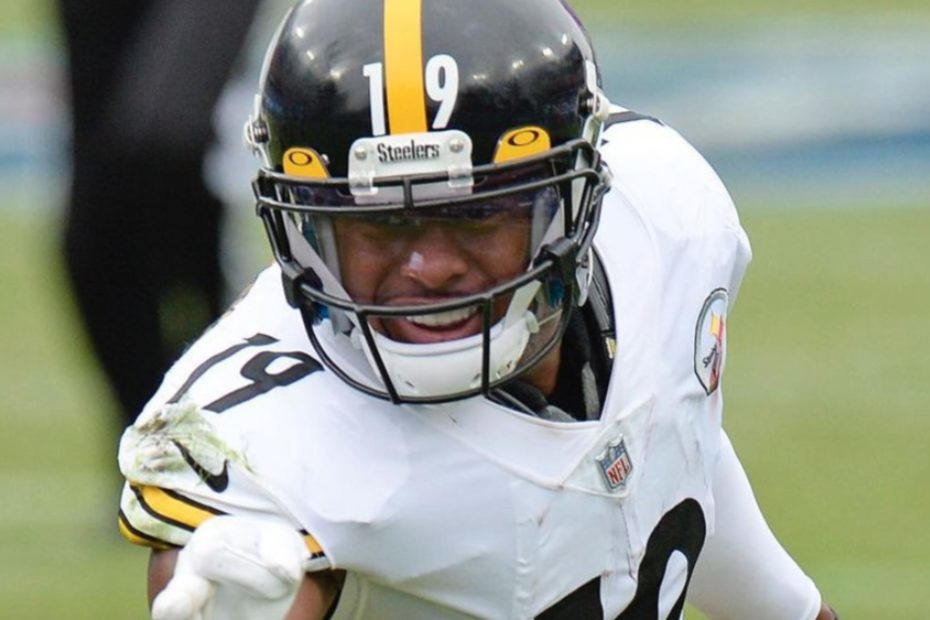 During the Pittsburgh Steelers matchup against the Tennessee Titans, you may have noticed that JuJu Smith-Schuster was showing some skin. During the October 25 game, Smith-Schuster could be seen wearing long white socks that ended just below his knee and the standard football pants all of his teammates are required to wear.

RELATED: JuJu Smith-Schuster Say He ‘Always Got to Be Ready’ With Touchdown Celebration Dances

The reported issue however was that Schuster’s socks did not meet the start of his pants, revealing both his knees and some of his thigh. Apparently, that is against the NFL’s dress code.

After receiving a letter about his dress code violation, Smith-Schuster shared a photo of the letter on his Instagram story and revealed that running back James Conner was fined as well and for the same reason. Their socks were worn “too low.”

The Instagram story was later reshared by Dov Kleiman on Twitter. The wide receiver highlighted in the letter the reason for the $5,000 fine, which stated “specifically, your stockings failed to cover your lower leg.”

Nonetheless, despite the strange violation, JuJu seemed to get a good laugh out of it. “Don’t worry y’all, James got fined too,” he added on Instagram while tagging his teammate.

As the picture above shows, this is how Smith-Schuster is required to wear his stockings, but as pictures show from the game against the Titans that is not how he wore them. The reason why is not something he made immediately known.

Both JuJu and Conner have the ability to appeal their respective fines, but it is unclear if they will choose to do that.