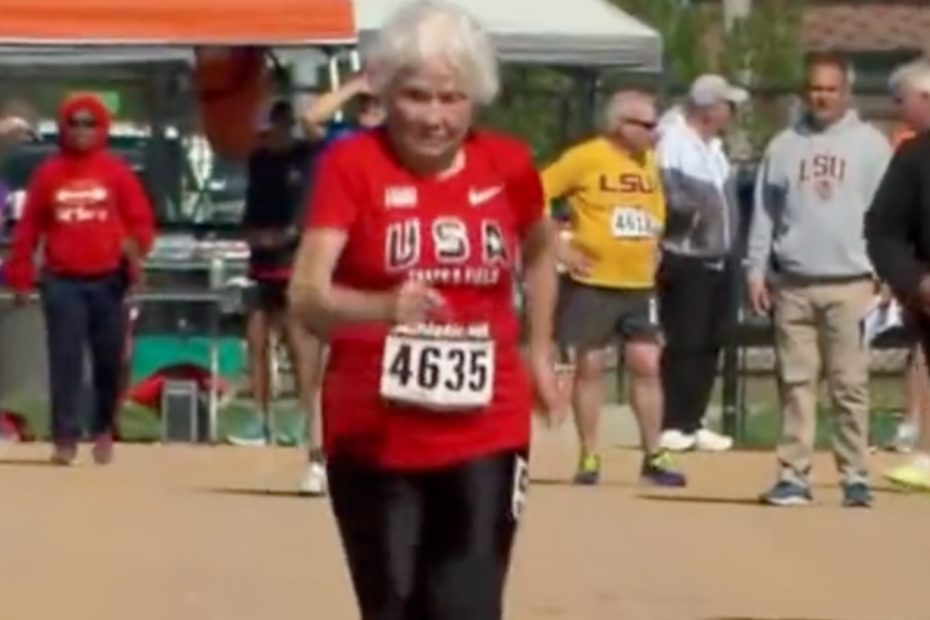 Julia Hawkins, a resident of Louisiana, recently became the first-ever recorded 105-year-old woman to run a 100-meter race. Recalling all of her life experiences, she only saw her record-breaking performance as another story in her journey.

Despite being the only ever 105 year old to run a 100-meter race in a little over a minute, Hawkins discussed with a CBS reporter that the highlights of her life were the 70 years she spent married to her husband, Murray.

“I met him the first day at LSU. I went home and wrote about him in my diary. He was so smart and so clever and so fun. He had a good sense of humor, and he was vivacious and wonderful. We were married by telephone,” she shared.

With all the years the two spent together, they raised four children and were happily married until he passed away at the age of 95. The senior athlete included the sentiments, “Without him, it [life] is not the same. It’s not quite as wonderful.”

Living in the same house that she and her husband built in 1948, Hawkins began reflecting on her eventful life. Describing this occurrence as just “just a drop in the bucket”, she went on to detail the aspects of her life that have proven to be significant to her

“I’m most proud of my children and my husband. They were the wonderful things in my life — and the grandchildren, and the great-grandson. Those are things you just can’t beat that,” Hawkins explained. She went on to add, “This other (the running) is just a little icing on the cake.”

In her life, she lived her life as a school teacher and picked up a talent for gardening. Amazingly, two of her previous students, one 90 and the other 89, showed up to support her endeavors.

Nevertheless, the 105-year-old still finds time to get regular exercise. Jogging at least a mile per day, she seemed to have no problem taking to the track and running 100-meters. After completing the race, she claimed that she was happy that she was able to compete and perhaps will consider showing up on the track when she turns 106.