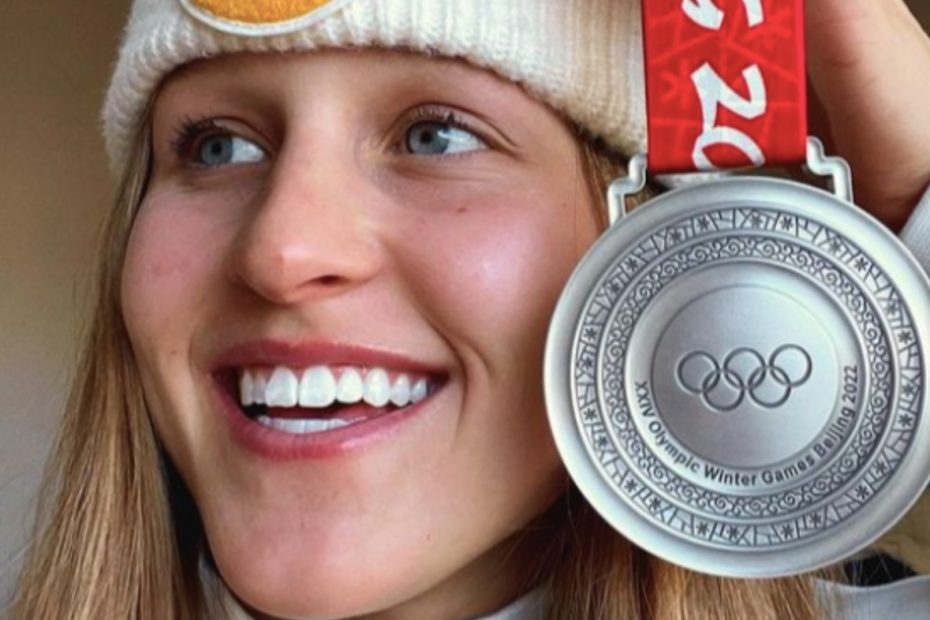 After Julia Marino became the first American to earn a medal during the 2022 Winter Olympics women’s slopestyle finals, the athlete was penalized for the logo on the bottom of her snowboard.

She earned herself a silver medal during the competition but did not participate in the big air qualifications last week due to the International Olympic Committee’s ruling on her snowboard’s design. Notorious for having a hand in marketing rights, the IOC shared that Marino’s board marked ‘Prada’ failed to coincide with their rules and regulations.

The International Ski Federation, the organization responsible for snowboarding rules, noted that in Section 1.2 of their rulebook, “The Manufacturer’s Identification must be a sports equipment brand, which means that the Manufacturer’s Identification is principally used for Competition Equipment and is not principally used for non-sports equipment.”

Since Prada is traditionally a fashion company, Marino’s board was flagged. However, the board only became a problem until after her competition and had been approved prior to her participation. The IOC argues that they were unaware of the brand’s history and only noticed until after the 24-year-old competed. Following their critique, the IOC requested she cover up the logo with a sharpie.

“A solution with minimal impact was sought, including the possibility of keeping the same equipment and removing the branding,” the IOC relayed to the New York Times.

In addition, Marino took to Instagram to explain why she would not be participating in the big air competition. On her story, she wrote, “They [the IOC] told me I would be disqualified if I didn’t cover up the logo and obligated me to literally draw on the base of my board with a sharpie. For those who don’t know, the base of a board is important for your speed and not meant to have anything on it but wax.”

For this reason, she decided it would be best for her to sit the big air competition out. “I had no speed for the jump and wasn’t able to clear it several times,” Marino relayed, referencing her practices after the board had been altered.