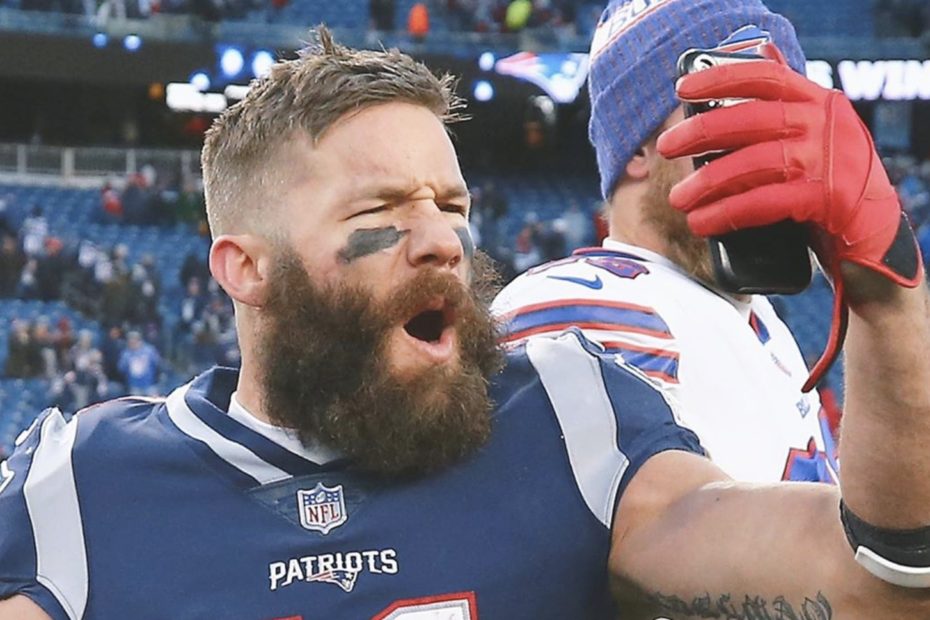 Julian Edelman Case Is Dropped, and He Is Supplying Boston With Hope For the Future

Julian Edelman Case Is Dropped, and He Is Supplying Boston With Hope For the Future

On April 8th, the lawsuit against Patriots wide receiver Julian Edelman was dropped. He was being sued for a vandalism and misconduct charge that was filed against him in January when Beverly Hills police saw him jumping on the hood of a car.

Edelman was clearly drunk during the incident, and he was accompanied by former teammate Danny Amendola and ex-Celtics star Paul Pierce when it happened.

Since the incident on January 11th, Julian Edelman has been apologetic, and he reportedly compensated for vehicle damages directly with the vehicle owner. The case was officially filed away Wednesday, with officials saying it was dropped “in the interests of justice.”

Despite acquittance from the law, it is still possible that Edelman could be forced to endure a suspension from the NFL, but commissioner Robert Goodell seems as though he will not pursue the incident.

At the time of the incident, Edelman was supposedly injured, and is expected to undergo knee surgeries during the offseason. The Patriots organization was unhappy seeing their best receiver jumping on cars with a bad knee, however, as he is their best receiver, they will probably refrain from any major repercussions next season.

Lately, Julian Edelman has been going in a different direction. He recently uploaded a two-minute video to Twitter in which, while rocking an “Edelman” Celtics jersey, he repeatedly tells the people of Boston to “stay inside, and be safe.”

He ends the video by suppling a painstakingly slow demonstration of him putting on gloves in case you do go outside for “your grocery or anything.” Despite the strange message, it was clearly well-intentioned, and it featured Edelman, like many other sports stars, thanking all of the medical professionals and food delivery people for doing their jobs, despite the risks their jobs entail.