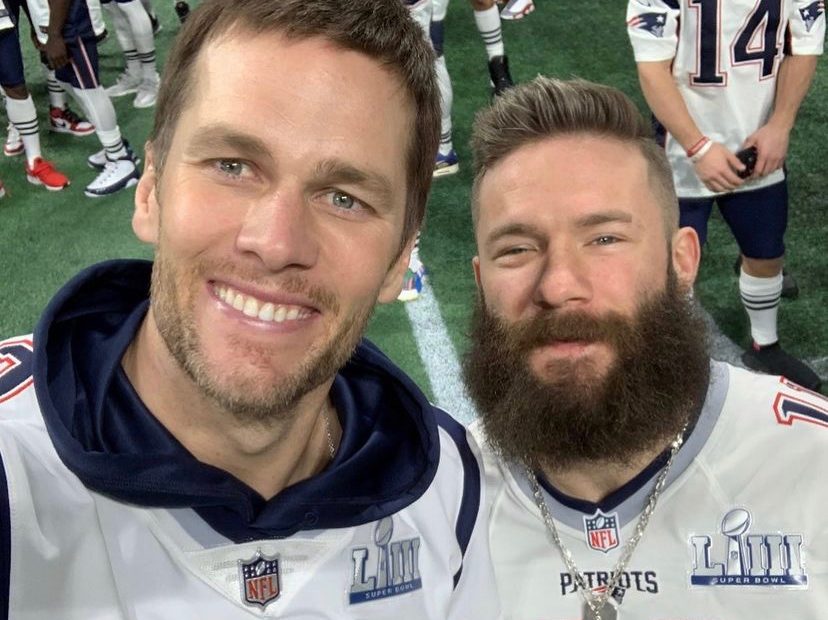 Julian Edelman’s Iconic No.11 Has Been Reassigned and He Has a Hilarious Reaction

Thirty-five-year-old Julian Edelman‘s former No.11 jersey has recently been gifted to a promising practice squad kicker, Riley Patterson. The ex-New England Patriot, who announced his retirement from football in April, had no reservations about discussing his emotions over the matter.

The news over the jersey number broke last week and it didn’t take long for Edelman to catch wind of the information. Responding to a tweet that was updating fans on the current inner workings of the Patriots and also discussed Patterson being given No.11, the retired athlete quoted the tweet with a hilarious video of ESPN’s Stephen A. Smith.

“I’m a bit sad,” Smith states in the video before pausing for dramatic effect. After a moment of silence, he adds, “Actually, I’m lying. I’m quite devastated.”

While Edelman clearly has a sense of humor, his career in the NFL was no joke. After 12 amazing seasons, the receiver announced, “Nothing in my career has ever come easy, and no surprise: this isn’t going to be easy, either. Now, I’ve always said, I’m going to go until the wheels come off. And they’ve finally fallen off.”

“It’s a helluva run,” he additionally included. Edelman went on to share, “I can’t forget you, Patriot Nation. You guys have welcomed me and my family to a region we do not know, we didn’t know. But now, I’m one of you. I’m a leave you guys with two words: Foxborough Forever.”

In his career, he assisted in 3 Super Bowl wins for the Patriots and was even the league’s first Jewish athlete to be named most valuable player in 2019. His hard work, dedication, and overall positive attitude made him a vital asset to the team, which caused his departure to be difficult for his fellow teammates. In fact, even Tom Brady gave his regards to the receiver.

“[I] am so proud of you and how you grew from 7th round underdog to an older 7th round underdog,” Brady wrote in a heartfelt Instagram that celebrated Edelman’s accomplishments. “The truth is, you never really grew up 😂😂! You never lost that chip on your shoulder. You never let anyone define you as a person or player.”

Brady went on to conclude, “You had an amazing football journey, an amazing life journey in New England, and I have no doubt you will succeed in anything you choose to do next! LFG.”