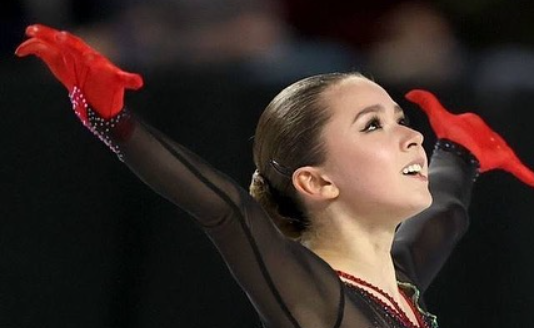 After several days of uncertainty, it appears that Kamila Valieva is cleared to continue skating at the 2022 Winter Olympics in Beijing, China. The 15-year-old prodigy figure skater is currently in the midst of a doping scandal after she tested positive for a banned substance two months ago.

The decision came at the hands of the Court of Arbitration for Sport (CAS), who cited several reasons for letting her continue to skate at the Olympics – including the fact that Valieva is a minor, she hasn’t failed a drug test in Beijing, and the original delay in reporting the failed test.

According to the AP, CAS Director General Matthieu Reeb added, “The panel considered that preventing the athlete to compete at the Olympic Games would cause her irreparable harm in the circumstances.” Unfortunately, that harm is now being extended to all the other competitors.

RELATED: 25 US Winter Olympic Athletes That Have Already Impressed Us This Year

Although Valieva will be allowed to compete, the International Olympic Committee (IOC) decided to postpone any medal ceremonies that involve the 15-year-old skater until the investigation comes to a complete end, citing that ‘it would not be appropriate’ given the circumstances.

The banned substance, trimetazidine, is a heart medication that could improve stamina, blood flow, and blood circulation – giving Valieva an advantage over other skaters. The failed drug test came ahead of the 2022 Russian Figure Skating Championships on December 25, 2021.

With the recent news, Kamila Valieva will take part in the women’s singles figure skating event after all, which is set to begin on Tuesday at 5:00am ET with the short program. Skaters that place in the top 24 will advance to the free skate, which takes place on Thursday at 5:00am ET.

A Flurry of Mixed Reactions Regarding Kamila Valieva

This entire situation regarding Kamila Valieva is unfortunate, especially for a 15-year-old that likely didn’t know any better. It’s clear that her support group and team of coaches failed her as she entered her Winter Olympic debut as a heavy favorite to win multiple gold medals.

She has already won one gold medal, which is now in question amid the investigation. Though she can compete for a second gold, that one will also be in question until the investigation ends. Still, Valieva and the rest of the ROC are pleased with the decision and happy to get their way.

On the other hand, several other big names in the figure skating community are furious at how the IOC and CAS are handling this situation. Not only is it putting Valieva in a difficult position, but it’s putting all the other skaters in an awkward position as they compete for a medal.

By delaying the medal ceremony, skaters won’t know which medal they’ve won until the investigation ends. That not only means second place could eventually win gold (if Valieva finishes in first place), but it also means the fourth place skater could end up with bronze.

Sarah Hirshland, CEO of the United States Olympic & Paralympic Committee, made it clear that she was disappointed with the decision:

Adam Rippon, former Olympic skater, also made his thoughts clear on the situation regarding Kamila Valieva:

For now, skaters are going to have to give their all knowing they won’t see a medal for a little while. It’s going to be interesting to see if that level of uncertainty has any amount of impact on the skaters’ performances. And if so, how that will affect the overall outcome of the event.

YOU MAY ALSO LIKE: Shaun White Falls Short in Final Olympic Appearance

As for Kamila Valieva, she has to compete knowing she very well might not receive a medal at all – even in the event she walks away in first place. What an unfortunate situation for all.