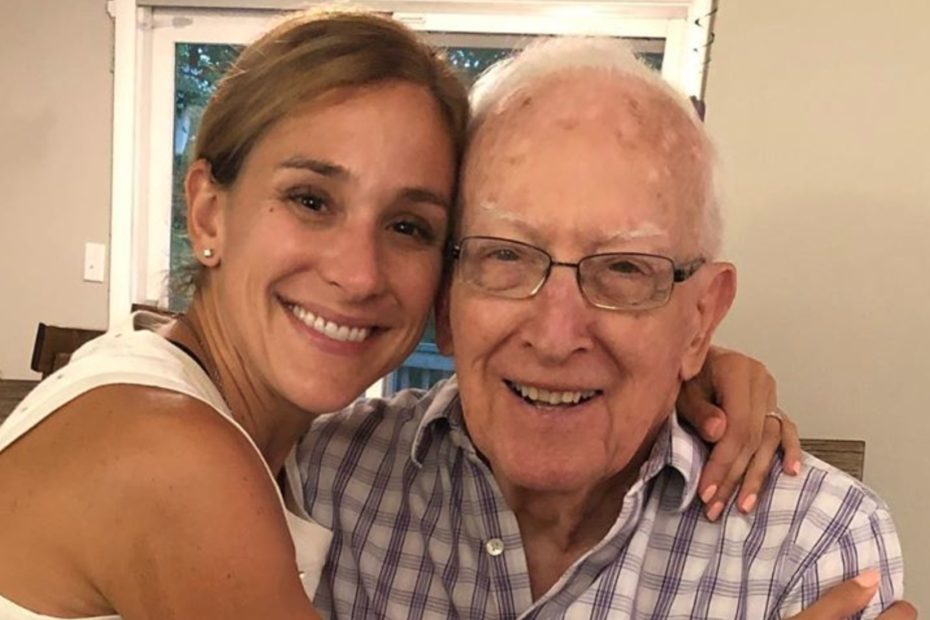 After President Trump was released from the hospital following testing positive for COVID-19, he shared a video message to his Instagram account. And in the video, Trump told America, “One thing that’s for certain: don’t let it dominate you. Don’t be afraid of it. You’re gonna beat it. We have the best medical equipment, we have the best medicines, all developed recently. And you’re gonna beat it.”

However, not everyone did beat it. In fact, as of October 11, more than 215,000 people have died because of the novel coronavirus. Nonetheless, Trump stuck to words, reiterating them again in a tweet.

“It just felt so tone-deaf and just really not the right thing to say. To say ‘Don’t let it dominate your life’ — this is my life. This is his life. He is literally taking his last very painful breaths.”

Goucher went on to say that while she is glad Trump got top-notch care, not everyone is able to receive the same care he did. “That is not the reality for hundreds of thousands of other people and their family members,” she told Cooper. “It just felt very dismissive. I was just not happy about that tweet at all. [My grandfather’s] life is worthy and he deserves to be respected.”

And Goucher let the president know how she felt about his comments by responding to his tweet with one of her own:

“As my grandfather lies in a bed struggling to take his last breaths due to COVID, I’m not sure I’ve ever read anything more offensive or tone-deaf in my life,” the Olympian wrote on Twitter. Goucher also told Cooper that her grandfather raised her and her sister after their father passed away.

“This needs to be about compassion and caring for your fellow citizens and doing what’s right to protect other people,” the runner continued. “This is a loss that shouldn’t be happening. We should’ve been able to see him in the last seven months and we should be able to sit there and hold his hand right now and we can’t. Please show compassion and think of life bigger than just yourself.”

RELATED: The Rock Reveals His Whole Family Has Tested Positive for COVID-19

Our thoughts and prayers are with Goucher and her family as they navigate this tragically difficult time.