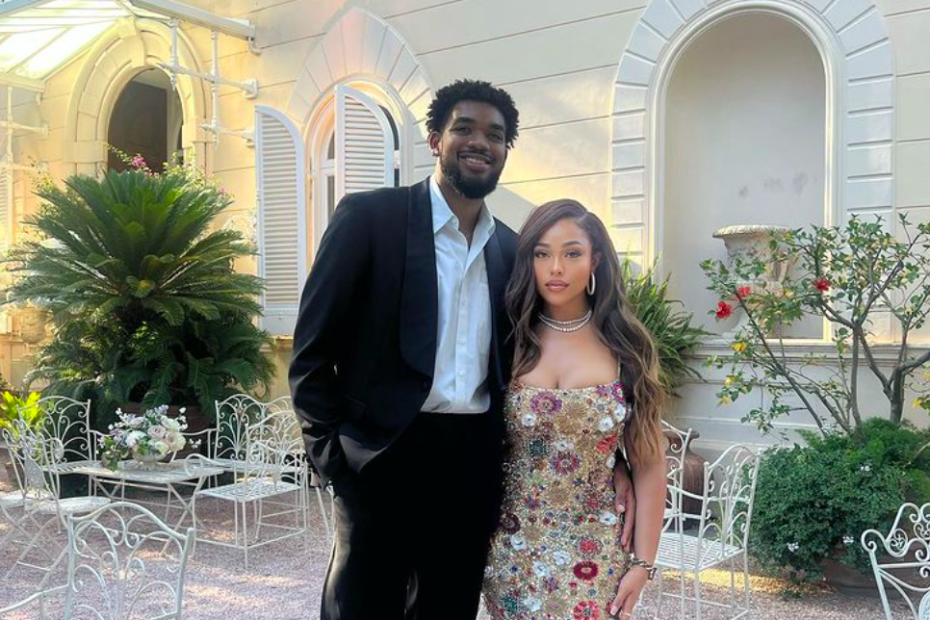 Karl Anthony Towns of the Minnesota Timberwolves showed his girlfriend Jordyn Woods just how much he really loves her.

For Woods’ 25th birthday, her NBA player boyfriend went all out. “Believe in her dreams, the way she believes in yours,” Anthony Towns wrote on social media, showcasing his super surprise gift for his partner. Rather than showering her in material possessions, he made the decision to fund Woods’ business ideas.

“He knows how hard I have been working on these projects, and this is the last step,” the reality star posted on Instagram, showing off her exciting birthday gift.

In her announcement post, she included a letter written by the basketball player, which included a detailed explanation of his gift. “To My Birthday Girl, Happy 25th Birthday! After this, you get to say you 18 every year like your moms lol,” the letter began.

“I know every year I have showered you with material gifts that people wish they could to (King S—) but this year, your 25th year walking this earth, it’s time to go from that girl to a full woman. You pick two businesses you want to start, and I will fund them.”

Anthony Towns concluded his birthday message with the sentiment, “It’s time to take that next step in this thing we call life. Te Amo Mucho, let’s take over the world…together. Love, KAT.”

RELATED: Boston Celtics Star Marcus Smart, 28, Encourages Stem Cell Donors to ‘Get Out There and Help’ After Losing Mother and Brother to Cancer

In addition, the NBA star dedicated his own Instagram post to his girlfriend. Keeping it simple, Anthony towns shared, “I could write a letter about your greatness. But the world already knows how I feel. To another 365 love.”

While the birthday surprise was surely the show stopper of Woods’ entire day, the birthday bash was equally as thrilling. Included in various Instagram posts was a two-tiered cake with a sparkler candle being held by Anthony Towns figurine. Next to him is Woods, who looks at him with endless glee.

“Safe to say we all had a blast.. this may be my fav party yet 💜 thank you to my friends and family for bringing the best energy 💜 backyard wonderland was a success,” Woods said of her birthday party.

Needless to say, the love felt between this couple is something the rest of the world should strive for.